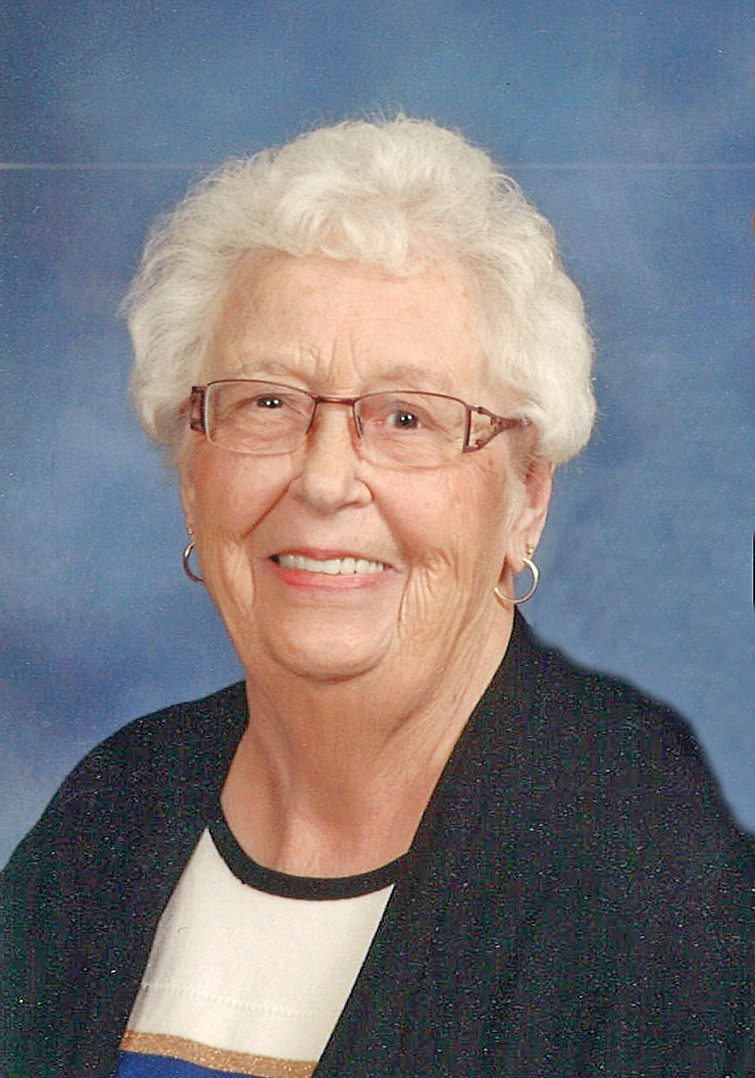 Mary Ann Byers was born February 20, 1930, the daughter of Arthur and Christine (Wiebener) Robinson. While Mary was very young, her father passed away. Her mother later married Harold Hale. Mary was raised and educated in Excelsior and then at Sioux Valley, Minnesota, graduating from Sioux Valley High School in 1948.

Mary was united in marriage to Wilfred “Bill” Byers on March 6, 1949, at Lake Park, Iowa. The couple made their home in Lake Park, where they raised their three children.

Mary was a member of First Presbyterian Church in Lake Park. Her priority and love was her family first. She enjoyed cooking and providing everyone with their favorites, especially fried chicken and chocolate chip cookies. She adored watching her grandchildren and great-grandchildren grow and participate in their activities…she was their biggest fan.

She was preceded in death by her parents, Christine and Arthur Robinson; step-father, Harold Hale and husband, Wilfred “Bill” Byers.