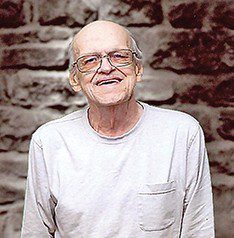 A memorial service was held on Saturday, June 12, 2021, followed by military funeral honors conducted by the American Legion Timpe Post #23 and VFW John W. Kidd Post #4514 of Spirit Lake. Visitation was held on Friday at the funeral home. Burial will be held at a later date in the Superior Cemetery in Superior, Iowa. Arrangements are under the direction of the Schuchert-Lentz Funeral Home in Spirit Lake. Online condolences may be sent to www.spiritlakefuneralhome.com.
Warren was born on November 2, 1945, in Oakland, California, to George and Grace (Scott) Truman. After he graduated from Spirit Lake High School he enlisted in the US Airforce. After his early medical discharge he was united in marriage to Virginia Doron on June 8, 1967, in Kansas City, Missouri. They took up residence in Spirit Lake in 1967. Warren worked for 35 years as an upholsterer for Stylecraft retiring in 2008 and also did upholstery from his home with his wife for 20-25 years.

In his free time he enjoyed gillnetting, bowling, hunting and fishing trips to Canada, cheering on his beloved Kansas City Chiefs and more then anything, he treasured his family time and cookouts.

He was preceded in death by his parents, grandparents and a brother Jerry Wilson.