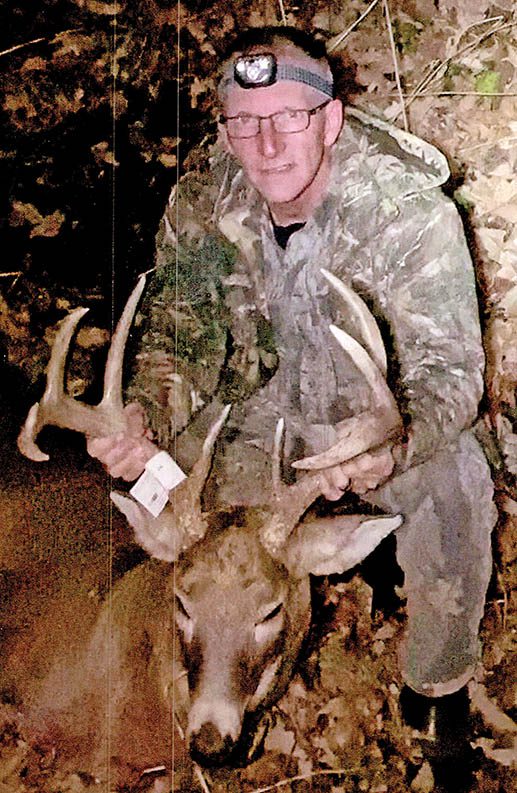 Steven Reighard, the son of Eleanor Reighard and Jim Sandberg, was born January 9, 1961, in Spirit Lake, Iowa. He died on Friday, January 8, 2021, at Avera McKennan Hospital in Sioux Falls, South Dakota, at the age of 59.

Steve grew up in Estherville and graduated from Estherville High School in 1979. He then attended Hamilton Business College and received his accounting degree.

In 1986 he was united in marriage to Sandi Patterson. The couple made their home in Estherville. Steve continued his education at Iowa Lakes Community College in Environmental Science and received his Bachelor of Science degree in Biology from South Dakota State University. During his education, he worked part time with Iowa DNR Fisheries and upon graduation, in 2005, he began his career as Park Ranger, stationed at Gull Point State Park. In 2012, he began his role as Iowa Conservation Officer in Dickinson County. Steve was to be honored with Officer of the Year 2020 for the State of Iowa.

Steve loved spending time outdoors where he felt connected with himself, nature, and God. He enjoyed hunting, fishing, trapping, Denver Broncos, playing cards, helping to plan and participate in wild-game feeds, making others laugh, family vacations and watching his grandkids participate in various sports and activities.
Above all, Steve was a family man. He was humbled by how close he was with his family and the many friends that became family. He never met a stranger and often would say that he didn’t believe in handshakes, only hugs. Everyone who had the opportunity to receive a “Steve Hug” knows there is nothing like it.
Left to cherish Steve’s memory are his wife, Sandi Reighard; son, Steve Reighard and his wife, Kari; six grandchildren, Kyah, Ally, Khloe, Abby, Liam, and Nora; father, Jim and Kathy Sandberg; siblings, Tom and Deb Sandberg and Dean and Jamie Kirchner.
He was preceded in death by his mother, Eleanor Reighard; daughter, Stephanie Hanson and aunts, uncles and grandparents.