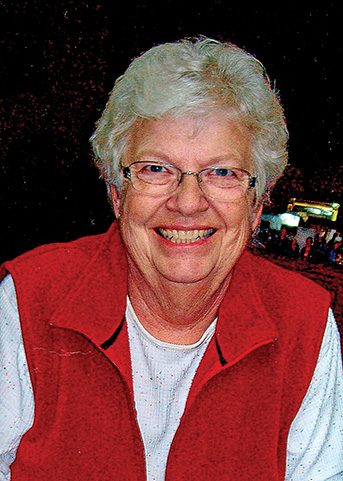 A visitation for Sheryl J. Jones, 78, of Estherville,will be held Tuesday, January 11, 2022, from 5:00-7:00pm, at the Henry Olson Funeral Chapel in Estherville, Iowa. The funeral service will be held at 2:00pm on Wednesday, January 12, 2022, at the Henry Olson Funeral Chapel,Rich Probert officiating. She will be laid to rest in the Swan Lake Township Cemetery in Emmet County, Iowa.

Sheryl graduated from Lincoln Central High School in Gruver, Iowa. On April 6, 1963, she was united in marriage to Robert D. Jones at the Gruver Presbyterian Church. The couple made their home in rural Superior where they raised their two boys,Kevin and Jeffrey. Sheryl enjoyed her job doing office work at Graves Grain Elevator and later the Superior Co-op for 40 years, retiring in 2006.

Sheryl was affiliated with the Presbyterian faith. Visiting cemeteries on Memorial Day was very important to Sheryl. She enjoyed attending family reunions at Gull Point and any time spent with her family. She was quite handy and made many crafts and sewing projects. Gardening and yard work filled much of her spare time.

Online condolences may be left for Sheryl’s family at HenryOlsonFuneral.com.