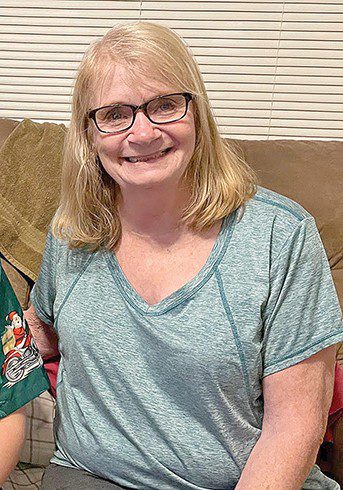 Ruth Karen Boer was born May, 20 1952, to Harvey and Jessie Wiersma. Ruth and her twin sister, Ruby, were born in Orange City, Iowa. She grew up on a farm near Middleburg, Iowa. Her family also lived near Magnolia, Minnesota, before settling between Lester and Rock Rapids, Iowa.

Upon graduation, Ruth moved to Canton, South Dakota. She then moved to Iowa City, Iowa, to live near her sister. Life found Ruth back in Canton, out west to Colorado, and finally back home to the farm.

After moving back home, Ruth met her husband, Alan Boer. They were married August 22, 1975, to the present day. They started their married life together in Sheldon, IA followed by a time in Hospers, Iowa, and Spencer, Iowa. Al and Ruth settled down in Spirit Lake, Iowa, where they made their home for the last 39 years. During this time, they had two sons, Shane and Dustin.

Ruth worked for the Spirit Lake school district in the lunchroom and as a teacher’s aide. She enjoyed working one-on-one with those who needed it. Ruth also cleaned houses and other jobs over the years.

Outside of work Ruth loved being mom and grandma. In her earlier years, Ruth wrote poetry and songs having several published in magazines. She also enjoyed working at her church. She helped with quilting and sending out sympathy and get well cards.

Over the last 15 years, Ruth battled back pain and nerve pain in her legs. Ruth passed away at home on December 21, 2021.

Ruth will be greatly missed by her two sons, Shane and Dustin, and her grandson, Owen. These boys were her pride and joy. Ruth was a great, caring Wife, Mother and Grandmother.

Preceding her in passing were her parents, Harvey and Jessie Wiersma of Rock Rapids; brother, Gerald Wiersma of Inwood; nephew, Matthew Hansen of Iowa City; and mother-in-law, Kay Boer of Sheldon.