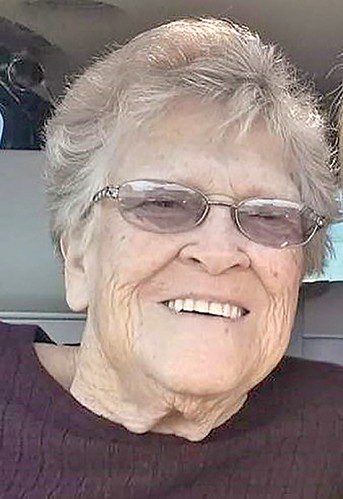 Ruth Ellen (Glenn) Soukup, daughter of Robert and Mabel (Schultz) Glenn, was born on Thursday, October 31, 1927, in Jackson County Minnesota. Ruth attended school in Jackson, Minnesota,thru the 8th grade. She began working at the egg plant at the age of 14, and at the age of 16 began waitressing at the Jackson Brass Rail. For 34 years, Ruth worked in quality control at Berkley in Spirit Lake, Iowa. She retired in 1992. Ruth was united in marriage to Lawrence Soukup on October 15, 1946, at St. Wenceslaus Hall in Jackson, Minnesota. This union was blessed with 6 children. Ruth lived in Seattle for a brief time, before moving to Lakefield in June of 1946, where she and Lawrence raised their children. Ruth moved to Jackson, upon Lawrence’s passing in 1977. In 2020, Ruth moved up to Rosemount, Minnesota, to be closer to her daughters. Ruth went to be with her Lord and Savior, with her family by her side, on Friday, April 2, 2021, at the age of 93 years, 5 months and 1 day.

Ruth was a very outgoing woman. She enjoyed visiting with others. Ruth was an avid card player. She looked forward to her weekly poker games with the ladies, and the 500 tournaments that she would enter. Ruth also enjoyed her trips to the casino. In her down time, she enjoyed reading novels. Ruth loved spending time with her children and grandchildren. She has left behind a lifetime of memories for her family and friends to cherish for years to come.
Ruth is survived by her daughters,Teresa Bellows, and Liz (Tom) Nelson; son,Ray Soukup; grandchildren,Troy (Shari) Bellows, Dulce Skrove, Sonya (Nate Bentdahl) Johnson, Derek (Koree) Hilgert, Daniel (Kelly) Nelson and Sara (Mark) Wilcox, and 12 great-grandchildren.

Ruth was preceded in death by her husband Lawrence, infant son Peter, daughters Elaine and JoAnne and her parents Robert and Mabel.

Blessed be the memory of Ruth Ellen Soukup.