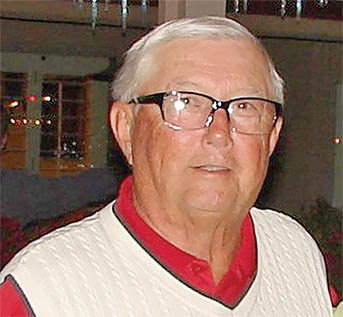 Ronald (Ron) Steve Edmunds, age 78, of Arnolds Park, Iowa, passed away after a short battle with cancer on November 16, 2020. Ron was born on August 14,1942, to Steve and Gladys Edmunds and raised on their farm in rural Clarkfield, Minnesota.

After graduating from Clarkfield High School in 1960, Ron worked for his brother Keith at the Standard Oil gas station in Clarkfield until he was drafted into the Army in March of 1964.

He and his twin brother Robert were drafted together and went through basic training in Ft. Leonard Wood, Missouri, and then were assigned to an artillery unit in Ft. Lewis, Washington. After about a year,Robert acquired a “cushy” job in data processing and Ron was still shooting howitzers. Ron was sent to Vietnam where he spent his last 4 months in Qui Nhon as a truck driver for their artillery unit. Robert was also sent to Saigon one month later so both of them were in Vietnam at the same time which made their parents very nervous.

Just prior to their discharge from the army,they both met in Saigon for their flight back to America. Ron was in one plane and Robert was in another. They met in Oakland, California,and discharged two years to the day of their induction into the Army in 1964. This made their parents very relieved!

After Ron’s service to his country, he moved to Minneapolis, Minnesota, where he spent a couple years in the construction business.

He then started a new career as a carpet installer that lasted for 26 years. Ron worked for Palmer Olson Ackerman and Twin Town Carpet for most of those years.

He married the love of his life, Judy (Heitkamp) Edmunds,on November 24th,1971.

After his retirement he worked at the Wilds GolfCourse in Prior Lake, Minnesota,for 4 years. When Judy was transferred to Kansas City, Ron started a part time job working at Shadow Glen and Wolff Creek golf courses as a starter, which was a perfect job for Ron.

After Judy’s retirement they moved to AvonPark,Florida,for the winter and spent 9 years in Trempealeau, Wisconsin,and the last 10 years in Arnolds Park, Iowa,during the summer.

He was an avid golfer and played 18 holes a day,6 days week.

He was blessed with almost 20 years of retirement. Ron was a social man and found it easy to make friends and truly enjoyed and loved people. He loved his wife, family, his many friends and his flag. It was important to him to fly the flag wherever he lived.

He was preceded in death by his parents Steve and Gladys Edmunds, his mother and father-in-law, Albert and Cecilia Heitkamp, brother-in-law Roger Nelson, nephews David Edmunds and Tom Klein.

Memorials can be sent to St.Jude Children’s Research Hospital. A memorial service will be held at a later date with a private burial for immediate family at Fort Snelling National Cemetery in Minneapolis, Minnesota.