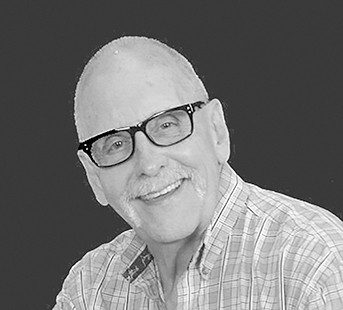 Roger Alan Nerhus was born on February 6, 1950, in Windom, MN to Donald and Opal (Petersen) Nerhus. Roger attended elementary school in Windom and went to Storden High School, graduating with the class of 1968.

In January 1970, Roger enlisted in the US Army and later transferred to the Army National Guard of Minnesota. During his service, he was decorated with the National Defense Service Medal, Vietnam Service Medal, Sharpshooter Badge (M-16 Rifle) and Republic of Vietnam Campaign Medal w/60 Device. While in the service, he completed a Wheel Vehicle Repairman Course, Track Vehicle Mechanic Course and National

Roger married Rosella May Veen on July 26, 1986. He was a loving husband and a great dad. Roger always tried to make people laugh with his sense of humor and witty comments. He loved his wife, daughters, grandchildren, and great-grandchildren. He also loved and cherished his dog, Bella, who went everywhere with him!

Roger’s passion was truck driving. He worked as a truck driver for 31 years, with Sather’s Candy, Fortune Transportation and NEPP Enterprise, retiring in 2005. He recorded two million safe-driving miles! When poor health took over and he had to quit driving truck, Roger was crushed, but he continued to find other things to occupy his time. Before his youngest granddaughter could drive, he took her to school every day which he loved and looked forward to. He was a member of the American Legion Post #206 in Windom and loved the meetings with the guys and was a bingo caller during the fair; he delivered Meals on Wheels with Rosie, he was an usher at the American Lutheran Church of Windom where he was a member, he volunteered at the Sharing Center, and recently worked at Higley Ford, picking up cars and trucks. Roger was happiest driving a farm truck/semi for Scott Rahn. Even though they put in long days, he loved trucking.

Roger was preceded in death by his parents Don & Opal; his loving wife, Rosie; one brother, David Nerhus; one nephew, Brant Nerhus and infant brother, Richard.

Blessed be the memory of Roger Alan Nerhus.