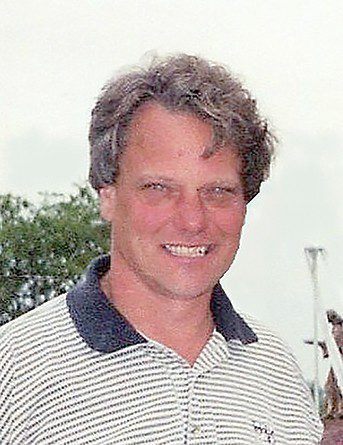 Robert William Eddy, 62, of Vian, Oklahoma, formerly of Spirit Lake, passed away on September 25, 2018, at his home in Vian.
A graveside service was held on Friday, October 5, 2018, at the St. Margaret’s Cemetery in Spirit Lake. A reception was held at the VFW in Spirit Lake after the service. Arrangements were under the direction of the Schuchert-Lentz Funeral Home in Spirit Lake. Online condolences may be sent to www.spiritlakefuneralhome.com.

In his free time, he enjoyed golfing, landscaping, and fishing.

He was united in marriage to Kelly Christensen on March 12, 1982, in Fort Worth, Texas. To that union two sons, William and Tyler, were born. Robert was also father to Dylan Eddy.

He was preceded in death by his parents and his brother Jeff.