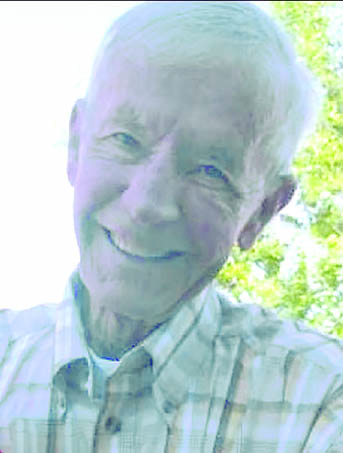 Robert D. Gommels, son of Hike and Gladys (Sampson) Gommels, was born on March 13, 1939, in Emmetsburg, Iowa. He passed on to Glory with his family by his side, on November 1, 2020, at Avera Holy Family Hospital, at the age of 81 years. A graveside memorial service with military honors was held for Bob on November 6, 2020, at East Side Cemetery in Estherville.
Bob graduated from Emmetsburg High School in 1957. He then enlisted in the Air Force and was stationed at Howard AFB in Panama, where he was a lifeguard and played trumpet in the AF band. There, he met Herlinda Vergara and they were married on October 30, 1960, at Redeemer Lutheran Church in the Canal Zone, Panama. Returning to Iowa, the couple made their home in Gruver, where Bob spent several years working at FS and Purina. He then spent the next 44 years working at Graves Grain (later Superior Coop) where he was known as Duke by the hundreds of friends that he made. He retired in December 2009. Over these years, Bob forged countless friendships, treasuring each one. At Lincoln Central school, Bob was active as emcee, reffed at numerous games, and served on the school board. Gruver city councilman, Mayor, volunteer fireman…many were the hats that Bob wore.

Bob was an active member of Immanuel Lutheran Church in Estherville, serving in numerous capacities which included roof blasting trumpet solos on Easter Sundays. But it was his bond with the children that gave him so much joy! When the doxology began to play, the little ones would immediately exit, following Bob to the basement. Much like the Pied Piper, only with cookies and juice. Such has been Bob’s legacy of friendship and love. Bob loved parades and his notorious sweet tooth would prompt him to race right into the street, collecting candy with kids. It wasn’t unusual to see people jump from a float and run to the curb for a hug and a smooch from Bob. He heard “Hi, Bob!” more times than Newhart ever did. Bob proudly played TAPS for many veteran funerals and sang in the Many Voices Choir for a few years. Volunteering with the Estherville Jaycees was also important to him. Together Bob and Linda enjoyed square dancing and playing cards with friends.

A man with a deep and abiding faith, Bob will be remembered for his constant smile, upbeat attitude, love of a good joke, and being a friend to all. He was enormously proud of his family whom he loved deeply. In his down time, he enjoyed crosswords and word games.

He is preceded in death by his parents, brother Don Gommels, and brother-in-law Dick White.

Online condolences may be left for the family at www.henryolsonfuneral.com