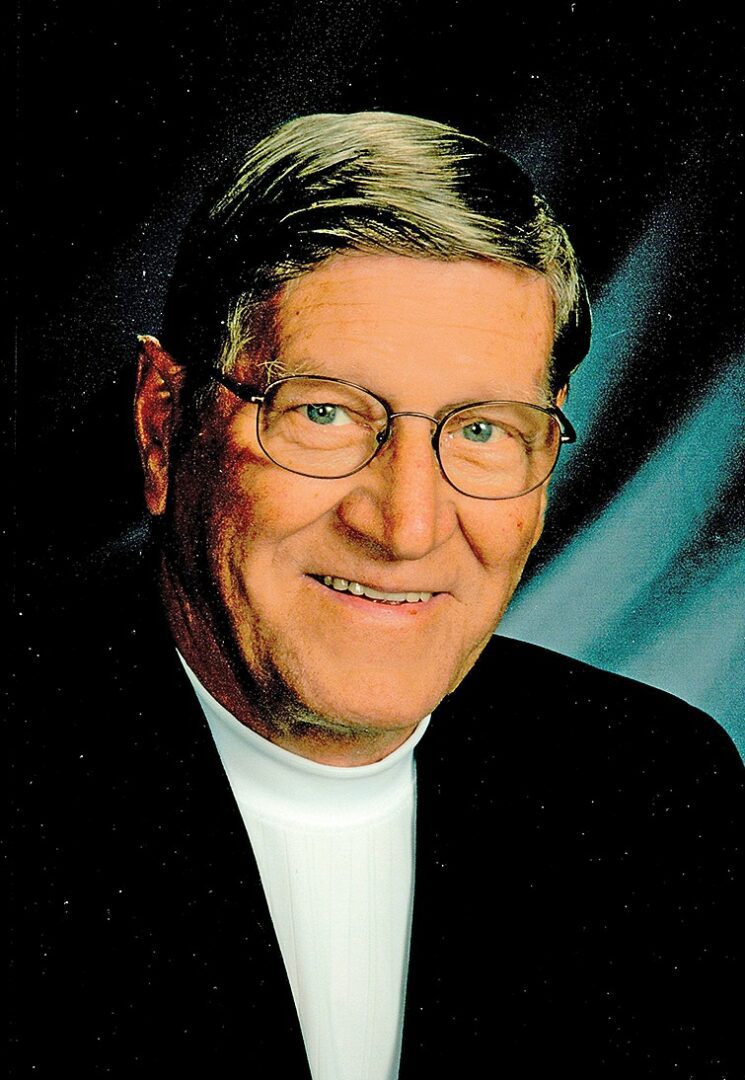 Dick was born on January 27, 1935, in Muscatine, Iowa, to Ed G.L. and Agnes Marie (Kollman) Hoffman and the third oldest of four children. He graduated from Muscatine Catholic High School. After High school, Dick started his career at Western Electric. While living in Muscatine, he had a son, Rick, and daughter, Susan, from his first marriage.

He worked for Western Electric for 31 years, retiring in 1983, before starting his own telephone sales & service business. He sold the business in the mid 1990s.

He was united in marriage June 26, 1960, to Arleen Bisgaard in Graettinger, Iowa. They raised two sons, Todd and Tim, in Estherville, Iowa, before moving to the lakes area in 1988. Most recently Dick and Arleen moved to a new home in Milford. However, Dick’s health issues forced him to move into the nursing home. Dick was an avid golfer, skier, bowler, fisherman, and gardener. He loved to collect coins, play bridge and dabble in the stock market. He enjoyed the outdoors, wintering in Florida and spending time with family and friends.

Dick and Arleen are members of the First Lutheran Church in West Okoboji. Dick loved to sing in the choir and participate in the services every Sunday. He was a member of the Many Voices Choir and Celebration Choir.

Dick was preceded in death by his parents and in-laws; two sons, Richard J. and Timothy J.; a sister, Rosemary Ash; brother, Robert Hoffman, and two half-brothers, Edward and Bernard.

Visitation will be held at Henry-Olson Funeral Home in Estherville from 4pm- 7pm on Thursday, June 25, 2020. There will be an outdoor Drive-In Funeral Service (please remain in your cars) at First Lutheran Church in West Okoboji at 10am on Friday, June 26, 2020, with interment following at the Estherville East Side Cemetery.

In Dick’s memory, charitable contributions can be made to First Lutheran Church in Milford.

Online condolences may be left for the family at www.henryolsonfuneral.com.