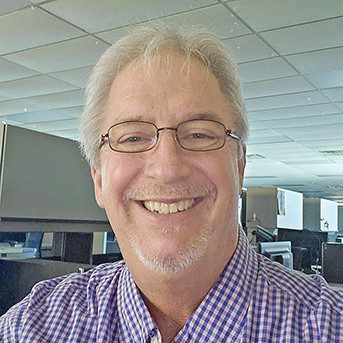 Raymond Jay Howard Jr., age 60, passed away suddenly on January 22, 2021, at Mercy Hospital in Sioux City, Iowa, from covid-related heart failure. A private family service will be held at a later date.

Ray was born on September 6, 1960, in Stoughton, Massachusetts, to Alice and Raymond Howard. Following graduation from high school in Brockton, Massachusetts, he entered the United States Air Force. He excelled there at avionic attack control systems repair & maintenance and received many ribbons and accommodations. His true calling was in repairing anything technical – from computers to printers, and ice cream makers and fryers. He owned a restaurant equipment repair company for a time, and even held a few engineering patents.

Raymond enjoyed bowling, woodworking, line dancing, playing video games, watching movies, road trips, attending concerts at Preservation Plaza in Arnolds Park, and tinkering with anything computer oriented – whether software or hardware. He loved to travel and visited dozens of countries from Egypt to Ukraine, Russia to Brazil, and almost every country on the European continent. He lived in Florida, Minnesota, Nebraska, and Arizona, to name a few. He moved to the Spirit Lake area in 2017 to be with “the love of his life” and enjoyed being a father to their three fur babies, Maggie, Gracie, and Sasha (even though he always said that “Sasha liked him but adored her momma”). Although he didn’t get to meet their new corgi puppy, Piper, he was looking forward to picking her up in early February and was already purchasing toys, collars, and treats to win her over.

Left to treasure his memory are significant other Angela Kofoot of Spirit Lake; son Sean Howard of West Des Moines; sister Robin Mank of Martinsville, Virginia; stepson Corey English of Apex, North Carolina; stepson Christopher English of Raleigh, North Carolina; a niece and nephew; and thousands of friends from Florida to the Ukraine.