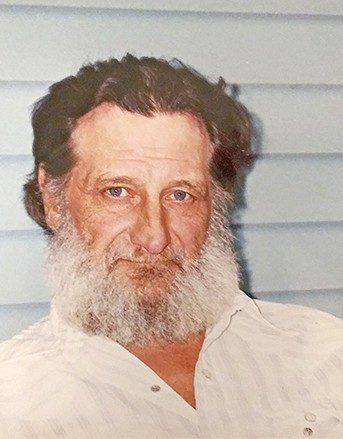 Ralph Olaf Lundquist passed away peacefully in the early morning of October 23, 2021, with family present. Funeral services and military burial will be held December 8, 2021, 2:00 PM, at Fort Snelling in Minneapolis, Minnesota, with immediate family. Condolences may be sent to the attention of Nissa Lundquist 3352 100th Street, Estherville, Iowa 51334. Arrangements and cremation will be handled by Crescent Tide Cremation Services in St Paul, Minnesota.

Ralph was born June 8, 1940, at home on the family farm outside of Lake Park, Iowa, to Clarence and Nellie (Riemers) Lundquist. He was the youngest of their seven children and father to four: Todd (Rochelle) Dice of Las Vegas, Nevada; Michele Lundquist Yerington of Nevada; Darcie (Stanton) Hrubetz of Mason City, Iowa; and Nissa (Lonnie Browning) Lundquist of Estherville, Iowa.

Ralph had an artistic talent at an early age and was always sketching and whittling and drawn to westerns, horses and nature. His mother, Nellie, helped spark his enjoyment of fishing, hunting and trapping which carried through his lifetime. The artistic side of him influenced his music career which later guided him to an induction into the IRRMA Iowa Rock and Roll Music Association in 2011.

Ralph was a graduate of the 1958 Excelsior High School class and joined the United States Air Force where he was stationed in Okinawa and then Albuquerque, New Mexico. He eventually returned to Lake Park, Iowa, married Bonnie Snow and they raised their family there and he resided there until health issues required his assisted care needs.

He is survived by his sister LaVonne Breckenridge, his four children, seven grandchildren:Matthew Dice, Zachary Dice, Danielle Dahl, Tevon Wilderman, Ryne Krieger, Kaitlyn Hrubetz and Hunter Andresen; and three great grandchildren and many nieces, nephews, cousins and friends. He was preceded i in death by his parents and three older brothers and two older sisters.

Rest in peace,Ralph, we all love you.