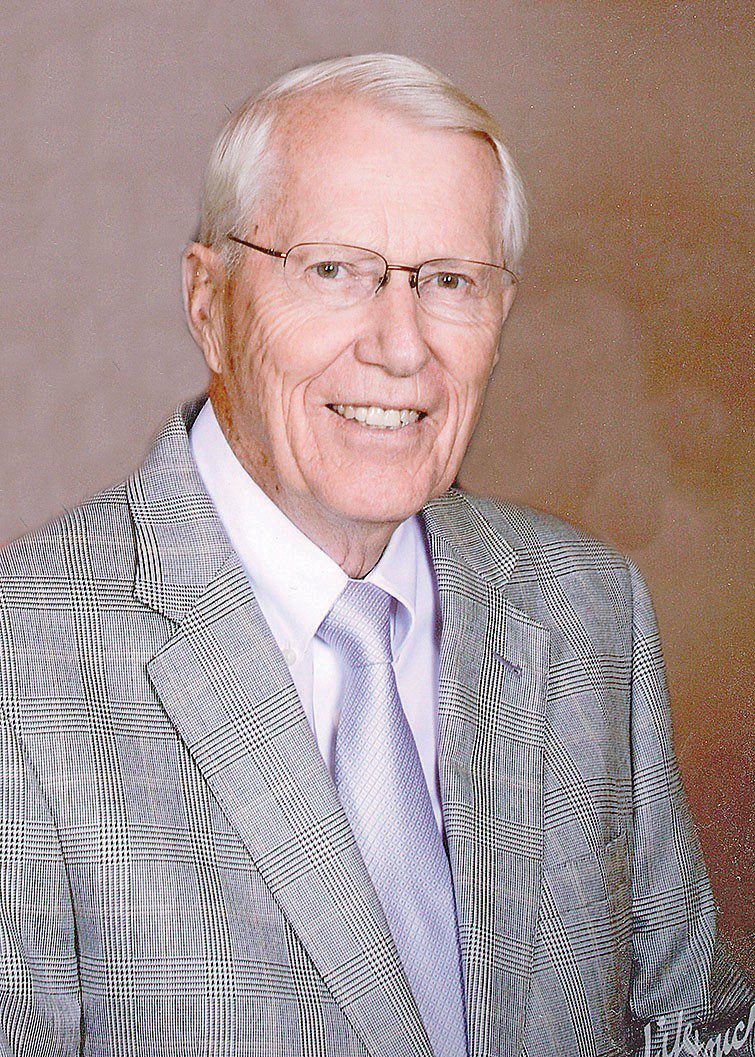 Philip J. Vander Ploeg, age 83, of Okoboji, Iowa, and formerly of Sheldon, passed away on Tuesday, August 27, 2019, at his home in Okoboji. His Funeral Service was Friday, August 30, 2019, at First Lutheran Church in Milford, with Rev. Perry Aalgaard and the Rev. Brian Jack officiating.

Burial with a graveside service was Friday, August 30, at the East Lawn Cemetery in Sheldon, with Military Flag Presentation by the McGlothen-Cowie Post of the American Legion #145 of Sheldon.

The Vander Ploeg Funeral Home in Sheldon assisted the family with the arrangements. Online condolences may be sent to www.vanderploegfunerals.com.

Philip James Vander Ploeg was born January 22, 1936, in LeMars, Iowa, to James and Janette (Rons) Vander Ploeg. He spent the first 8 years in Rock Valley, Iowa, then moved to Sheldon, Iowa, and graduated from Sheldon High School in 1954. On April 21, 1957, he was united in marriage to Joann (Jody) Syverson in Sioux Falls, moving to Sheldon and raising their family. In 2000, Jody and Phil moved to Okoboji, Iowa, also wintering in Mesa, Arizona for the past 27 years. Phil attended T.C.U., and graduated from Gupton Jones Mortuary School in 1961, working with his father and eventually, he and Jody owned and operated Vander Ploeg Funeral Home until 1992. Phil is a U.S. Navy veteran and member of the American Legion Post #145 of Sheldon.

He was preceded in death by his parents and an infant son, Mark Steven.

Al’s love of music and support of the Spirit Lake schools continued through the years. He played drums in the Spirit Lake City Band and for many community events, facilitated the purchase of new high school band uniforms in the 1960s, helped co-chair successful bond issues for a new elementary and middle school, and was an active band parent. In 1979 his wife Sheila and he were honored as co-chairs of the Spirit Lake Centennial Pageant, and he was later chosen Grand Marshall of the Spirit Lake Homecoming Parade. Al was always supportive of his children’s activities and his family’s community involvement.

Al’s family will fondly remember his drumming to the music with his two rings on the steering wheel as they drove to vacation destinations. A catastrophe or a surprise occurred on nearly every trip – from being in an Old Faithful Lodge cabin during the 1959 earthquake in Yellowstone National Park to being trapped hundreds of feet below ground-level in a gold mine in Colorado during an electrical storm to watching it snow in New Orleans, Louisiana, during Christmas. In retirement, Al and Sheila had the good fortune to travel to many interesting places. They were at the top of Mt. Pilatus in Switzerland when they learned of the 911 catastrophe back home. Al also enjoyed fifty years of duck hunting trips to Canada with several of his close friends.