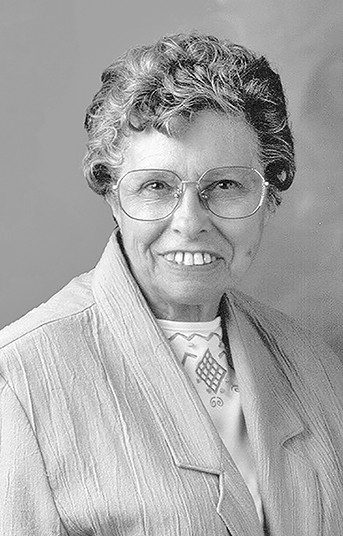 Marianne Baumgartner Werling, Daughter of John and Anna {Elmer} Baumgartner, was born March 4, 1930, in Renwick, Iowa. She attended Vernon Country School near Renwick, graduating in 1948. She was also a lifelong member of the United Methodist Church in Renwick.

After graduation, Marianne was attending AIB College in Des Moines when a friend introduced her to the love of her life. On January 20, 1952, she was married to Earl D. Werling and they made a home near Hardy, Iowa. Marianne always kept the house in order and everyone happily fed on the farm while Earl handled matters outside. They farmed grain and cattle near Hardy until retirement in 1988.

Marianne enjoyed a large garden, including strawberries and other berry plants that she transformed into pies and other tasty treats, her love for cooking and baking resulted in saving many recipes, Marianne was always happy to share her recipes with friends and family. Marianne could stock a small library with all of the books she read in her lifetime.

After retirement Marianne and Earl moved to Nevis and later to Park Rapids, Minnesota, where they spent many hours fishing and entertaining family and friends. Marianne always packed a lunch to eat while on the boat. So even while away from home she was feeding folks. For several years they spent winters in Arizona, getting away from the Minnesota winters. In 2018, Marianne moved to Arnolds Park, Iowa, to be closer to family.

She was preceded in death by her husband, Earl;sister, Grace;brother-in-law, Robert Nelson, and her parents.