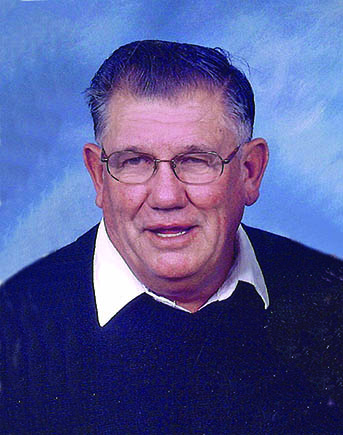 A funeral service for Loren Wilson, 85, of Milford, was held Saturday, November 7, 2020, at First Lutheran Church in West Okoboji. Burial was at Milford Cemetery.

Loren Lee Wilson, the son of Donald and Mildred (Knudson) Wilson, was born October 3, 1935, in Spencer, Iowa. He grew up in the Milford area where he graduated from Milford High School in 1952.

On August 10, 1958, Loren was married to Janice Klett. Loren was a successful salesman with many companies. He found his true passion with selling Conklin and farm equipment. After retirement Loren could not sit idle and worked many jobs that allowed him to be outside mowing the city parks and driving school bus.

His priority and love was his family. He never missed one activity his children or grandchildren participated in, whether it was a sporting event, livestock show, school or church program. He enjoyed watching them grow. He enjoyed horseback riding, snowmobiling, bowling, camping, boating, golfing and playing cards as well as meeting and talking with people.

Loren passed away November 4, 2020, at Accura Healthcare in Spirit Lake, Iowa at eighty-five years of age.

He is survived by two daughters, Jodie and Lynn Hennings of Hartley, Iowa and Lorie Wilson of Milford, Iowa; grandchildren, Amanda and Matt Altman and Montana Wilson; great-grandchildren, Annabelle and Brant Altman; one brother, Mick and Betty Wilson; in-laws, Mildred Klett, Richard Terpstra and Harlan Gould; nieces, nephews and many other family and friends.

He was preceded in death by his wife, Jan, his parents and one sister.