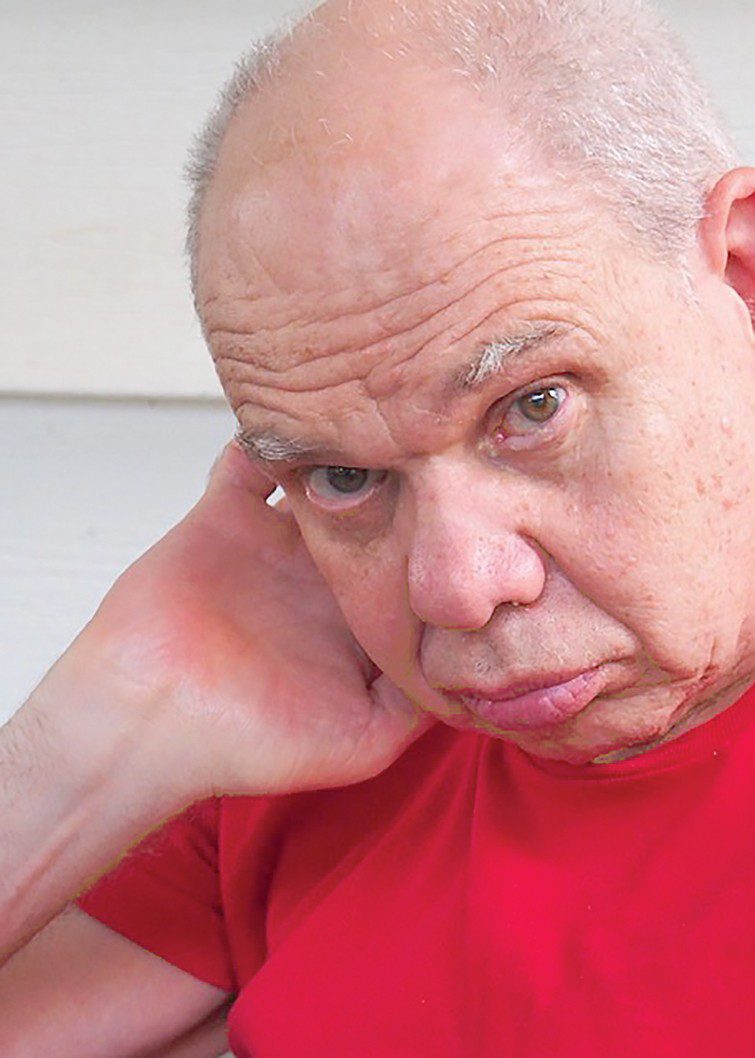 Lee Edward Tuel passed away unexpectedly on February 4 at the Pearl Valley Rehabilitation and Healthcare Center in Lake Park.

Lee was born on June 28, 1947. He grew up on the family farm northwest of Milford, and, starting in 1957, on a farm near Dwight, North Dakota. Lee was a sweet, quiet, and gentle person. He was born with developmental disabilities. He had a happy childhood. His brothers were his constant companions on the farm. They played baseball for hours and hours. Lee loved dogs. He loved the activity of the farm. He liked routines and had a number of assigned chores, such as feeding and watering the chickens, and gathering eggs.

After the family moved back to Milford, Lee resided at the Dickinson County Home, and then moved to a group home in Spirit Lake, which was a very good situation for him. The staff and his housemates were his family now and he had a place and he was always included. He was taken on many outings, including a trip to Kansas Speedway, which was a highlight of his life. He worked at Echo Plus/Hope Haven for many years, doing assembly, packaging, and other jobs. He was a good worker, very steady, but he famously refused to do a job on a couple of occasions, to the quiet delight of everyone. It was such a surprise, because he was always so gentle. After retiring from that job, he attended daytime rehabilitation at Hope Haven.

In the last few months of his life he lived at the nursing home in Lake Park. And the end came very quietly for him.

At each of these places there were staff people who were much more than staff. There were so many people who really loved him. Words cannot express the gratitude that his family has for all of the folks who loved and cared for him.

Lee was preceded in death by his parents, Francis and Virginia Tuel, and is survived by his brothers, Jim of Spirit Lake, Ted of St. Paul, Minnesota, and John of Raeford, North Carolina, as well as their families.

Funeral services for Lee will be at 11:00am on Tuesday, February 11, 2020, at Calvary United Methodist Church in Arnolds Park. Visitation will be one hour prior to the service on Tuesday at the church. Burial will be in the Milford Cemetery in Milford. Arrangements have been entrusted of the Schuchert-Lentz Funeral Home in Spirit Lake. Online condolences may be sent to www.spiritlakefuneralhome.com.