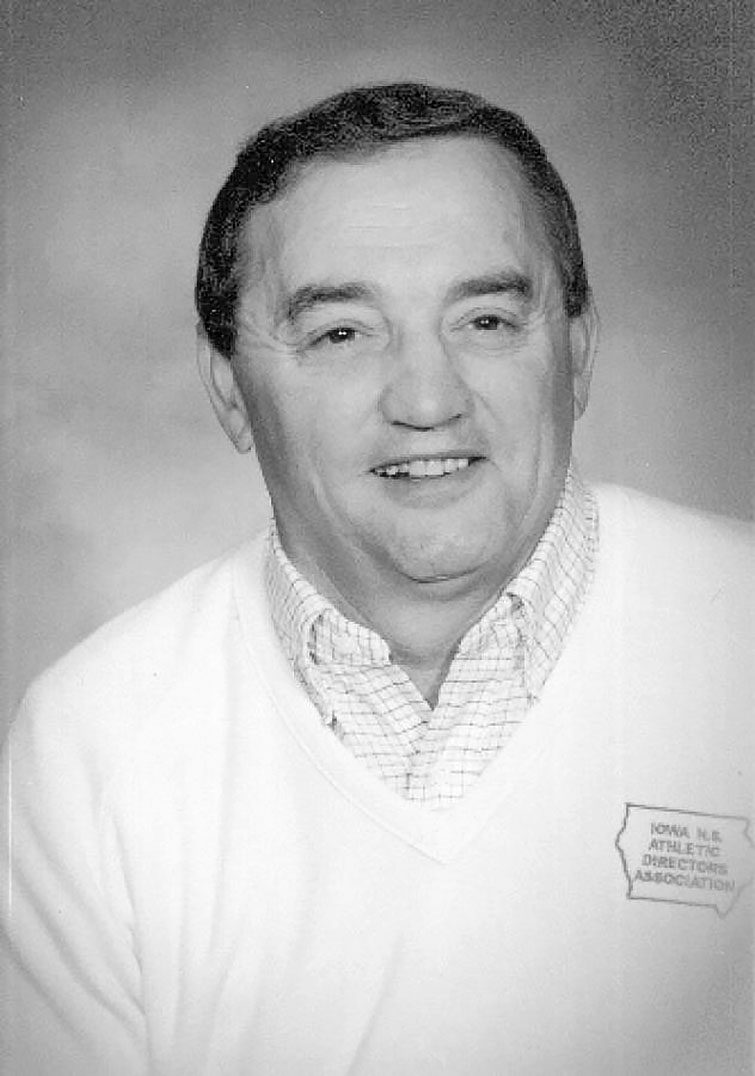 Larry Keith Eckard was born to Elmer and Rowena Eckard on January 10th, 1937. His childhood years were spent in Milford, Iowa, where he received his education from Milford High School. While at Milford he was involved in every athletic activity possible and dabbled in school plays (who knew). He continued his education at Mankato State for whom he played football and track.

He began his teaching and coaching career at Royal and remained there for 35 years teaching science, social studies, health, physical education and general business. The last years of his career he served as high school administrator and athletic director. Larry began his coaching career as head girls basketball, track, and softball coach. Shortly thereafter he became the head boys football coach and served in that role for 20 seasons. Larry received many awards during his teaching and coaching years; some highlights include: Junior High Science Teacher of the Year, N.W. Iowa Football Coach of the Year, N.W. Iowa and Officials Association Jerry Golden Award, Royal Jaycees Devotion to Youth Award, and was inducted into the N.W. Iowa Coaches and Officials Association Hall of Fame.

Larry married Judy Johanson on August 11th, 1963 in Spencer, Iowa. Following their marriage they moved to Royal and remained there until 2003 after which they moved to Big Spirit Lake. Larry was devoted to the city of Royal and served the community in many ways. He was instrumental in the planning, organization and development of the city’s Memorial Park. Throughout the years he also served as Boy Scout leader, city council member, Royal Lions Club member and past president, and Bethlehem Lutheran Church council member. In his spare time he enjoyed fishing, hunting, golfing (achieving a hole in one), and attending any and all sporting events.

Larry passed away on Thursday, June 27th, 2019 from complications of Parkinson’s disease. He was 82 years old.