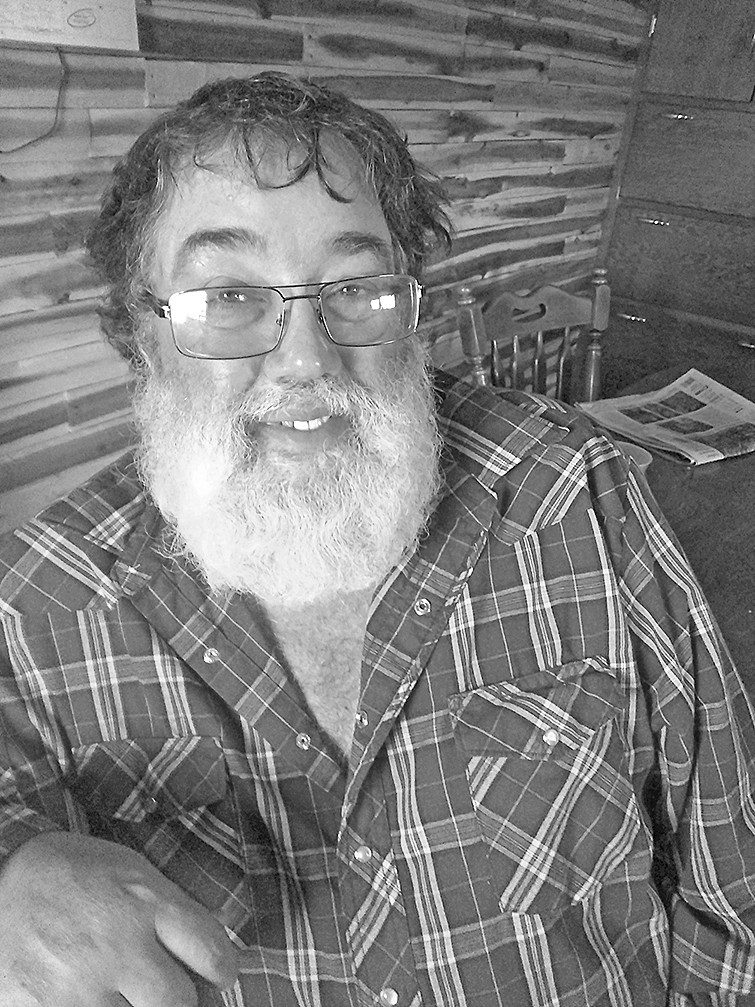 Kevin was born April 12, 1960, in Windom, Minnesota, to David and Charlotte (Pohl) Pohlman. He was a member of St. Peter Lutheran Church where he was baptized May 1, 1960, and confirmed April 28, 1974. He attended Immanuel Lutheran School until 8th grade then attended the Lakefield High School, graduating in 1978.
Kevin grew up on the Pohlman family Century Farm, farming with his dad and raising hogs. He married Cynthia Schlauch on September 12, 1981. They had three children. He was married to Cynthia until she passed away December 5, 2012. He had a thriving hay business; custom fed cattle, and also drove truck for a few years. In September of 2000 he started Pohlman Pallets, the family business, and ran it until the day he died. Kevin met Carolyn (Rients) Van Horn in 2016 and they were married on April 22, 2017. He enjoyed going to casinos, hunting, fishing (especially with his grandchildren), also puzzle books and word finds so he wouldn’t get bored. He loved all his grandchildren fiercely. He was a wonderful grandpa who loved to tease. He was very quick witted, constantly joking. He and Carolyn went on a couple KLOVE cruises and they enjoyed going to Christian concerts.
Years ago he caught a virus that attacked his heart. This led to congestive heart failure. In December 2017 he got a pacemaker/defibrillator which improved his health for a time. In 2019 he was informed he would need a heart transplant and went to Mayo in Rochester, MN to continue the process. His health continued to decline in the last year. On February 3, 2020, he went in for a routine procedure and it was discovered he was in severe heart failure. The doctor put in a heart pump and he was moved to the transplant ICU where he remained until March 12, 2020 when he received a donor heart. God had his hand on Kevin and he recovered beautifully from the transplant; he was even able to come home four weeks after his surgery due to the dangers of the Corona Virus. He never stopped pushing himself. He got back in the skid loader as soon as possible and was feeling better than he had in years.

On Saturday, June 27, he went to the emergency room in Fairmont and was transferred to St. Mary’s hospital because he had a small stroke. The stroke was slight with very little damage. After 3 days of testing, he was going to go home Wednesday, July 1; but due to a sudden brain hemorrhage that morning he fell into a coma and died in the early hours of July 5, 2020.

Kevin is survived by his wife Carolyn Pohlman; his son Nathen and wife Carly and their daughters Ellyanna, Amelia and Evelyn; his daughter Alissa; his son Nicholas and wife Heather and their daughters Brookelynn and Madisyn; his step-daughter Haley McAndrews and her husband Jon and children Joel, Connor, Emma and Alexandra; his step-son Seth Van Horn and his daughter Olivia; his mother Charlotte Pohlman; his brother Keith Pohlman and family; his uncle John Pohlman and family.

He was preceded in death by his first wife Cynthia and his father David.