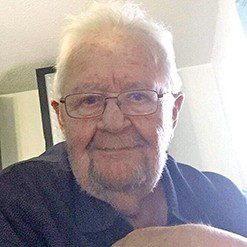 A Celebration Of Life Memorial Service will be held for Kenneth (Doc) Eugene Manwarren at 11:00am, Saturday, May 22, 2021, at the Manwarren Garage Car Showroom: 16445 255th Avenue Spirit Lake, Iowa. A lunch will follow the service and then it will be a come and go until 3:00pm. Park at Cross Winds Church, 2805 Erie Avenue, Spirit Lake. A shuttle will take you to and from the event. There will be a Classic Car Tour around the Lakes area starting at 4:00pm. Warner Funeral Home – Spencer is in charge of arrangements. Condolences may be sent at www.warnerfimeraf.com.

Kenneth (Doc) Eugene Manwarren, son of Eugene and Bonnie (Rudolph) Manwarren, was born on September 16, 1949, in La Junta, Colorado. His childhood years were spent mostly in the Spencer area and he graduated with class of 1968 at Spencer High School.

Doc enjoyed classic cars, Oldies music, and socializing with his family and many friends. Doc was very much a Social Butterfly. He loved cooking, grilling and trying new recipes.

Doc passed away at home in Spirit Lake after a battle with kidney, lung cancer and complications.

He met Valerie J Tripp in 1964 where he attended Val’s 13th Birthday party. Doc always said he was invited for birthday cake and never left. They were married at First Baptist Church in Spencer on June 6, 1970,and celebrated 50 years of marriage.

Doc worked at the Spencer Pack 1970 until April 1, 1972, when he and Valerie started Doc’s New and Used Furniture. In 1975,the furniture business was moved to the North Spencer location until 1986.Doc and Val moved to Naples, Florida,for 2 years and returned to Spencer in 1988 opening Manwarren Furniture Plaza until 2007. Manwarren Rental and Storage business ran from 2000 to present. Doc and Val worked together in the businesses over the many years.

He was preceded in death by his parents,Eugene and Bonnie Manwarren;grandmother,Margaret Folkers;brother, Ronald Manwarren and wife, Sandy Manwarren; father and mother-in-law, Stanley Tripp, Sr. and Jean Tripp.