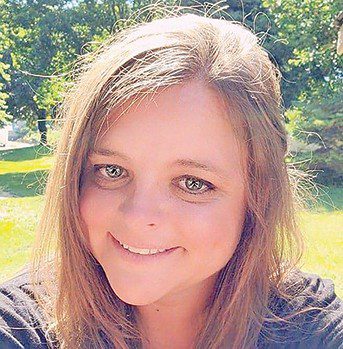 Kelsie Kae Sturm, age 34, of Lake Park, Iowa, passed away on Saturday, July 18, 2020, due to injuries suffered in an ATV accident west of Lake Park.

A private funeral service will be held at the Dahn and Woodhouse Funeral Home in Carroll on Saturday, August 8, 2020. Casket bearers will be her family members.

A public visitation will be held at the Dahn and Woodhouse Funeral Home in Carroll on Friday, August 7, 2020, from 5:00 to 7:00 P.M. Those in attendance at the visitation are asked to abide by Covid-19 social distancing guidelines.

Funeral arrangements are under the direction of the Dahn and Woodhouse Funeral Home in Carroll and online condolences may be left for the family at www.dahnandwoodhouse.com.

Kelsie was born on February 21, 1986, in Carroll, Iowa. She was the daughter of Doug Kramer and Teresa (Boss) Ralston. She grew up in Coon Rapids, where she graduated from high school in 2004. Kelsie attended Iowa Lakes Community College, where she earned a degree in Criminal Justice. She was married to Joseph Sturm on April 11, 2008. The couple made their home in Lanesboro and later Spirit Lake, where she worked for Citizens Credit Union. They moved to Colorado and were divorced in 2019. Kelsie later moved back to Lake Park, where she met her boyfriend, Chris, and became branch manager of Citizens Credit Union. Kelsie enjoyed all things outdoors: fishing, shooting guns, hiking, boating, and driving tractors. She had a gigantic personality, a free spirit, laughed loudly and often, and made friends with every person she met. She was a big kid at heart and lived life to its fullest. She had a smile that would light up a room, a warm and loving heart, and will be dearly missed by her family and many good friends.

Kelsie was preceded in death by her maternal grandparents Gene and Dorothy Boss; her paternal grandfather Earl Kramer; her step-father Timothy Potter; her step-mother Diane Kramer, and her cousin Justin Kramer.