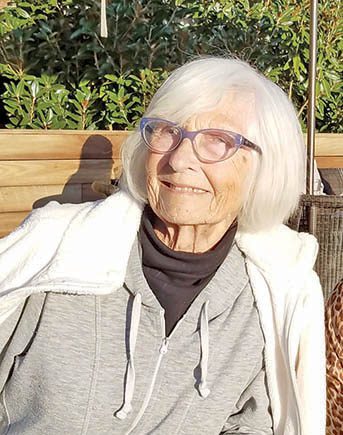 Kay was born in 1939 to Bud and Opal Phillips in Remsen, Iowa,where she was raised and attended St Mary’s Catholic schools. Later, Kay attended college at the University of Iowa and was a lifelong Hawkeye fan. Kay spent many summers in Okoboji, IA and the area was always near and dear to her heart. It was during one of these summer days at the lake that she met the love of her life,Don “Shakey” Ahrens. They were a fun-loving couple that turned into a partnership that lasted the test of time. Together they were a force to be reckoned with. They began their business ventures operating many local nightclubs including the Park View, the Hut, the Peacock, Hi Ho Club and the Roof Garden Ballroom. Eventually they joined a group of local business people and bought into Arnolds Park Amusement Park. However, Kay’s true calling was in the fashion business. She grew up working at the clothing store, Greens of Okoboji. In 1974, she took that experience and opened their first store…the Clothes Peddler. It was very successful and they soon opened other stores in towns and cities across Northwest Iowa including Okoboji, Spencer, Cherokee, Sioux City and Ames. Kay was a first-class business woman and mentored many women along the way.

Kay was a voracious reader and loved nothing more than to be curled up next to a fire reading a book and looking out over West lake Okoboji. Kay was very active in the Iowa Great Lakes Chamber of Commerce, the Lakes Art Center and the Okoboji Yacht Club. She was very proud to serve on the “Save our Park” team that helpedto stop the sale and destruction of her beloved Arnolds Park Amusement Park. She and Don remained actively involved in the amusement park and joined any fund-raising event that they could. Kay was blessed with two grandsons, Jon and Jackson. It certainly was one of the highlights of her life to be a part of raising them. She was a very involved “Gramma” and was so very proud of them.

Kay is survived by her son Rick Ahrens and daughter-in-law Jean Ahrens of Asheville, North Carolina; grandsons Jonathan Ahrens and Jackson Ahrens; brother Rick Phillips and his wife Pam Phillips of Omaha, NE; sister Connie Galles of Phoenix, AZ. Also left to cherish her memory are special nieces and nephews and many amazing friends. Kay was preceded in death by her parents, Bud and Opal Phillips; husband, her friend and partner, Don Ahrens; son Ryan Ahrens. Kay suffered her greatest sorrow in life with Ryan’s tragic death at the early age of 17.

Special thanks to all the care givers and friends that helped to keep Kay feeling safe, happy and loved. Starting in Okoboji with her loved ones, friends and neighbors and the wonderful team at Quality Home Healthcare. Then our new friends in North Carolina that showed us what southern charm and hospitality is all about, including the amazing staff that made us feel like family at Harmony at Reynolds Mountain where Kay resided in Asheville. The special folks at Four Seasons Hospice team that cared so well for all of us and in the end the kind and compassionate staff members at The Elizabeth House in Flat Rock, NC.

A private funeral service for family only will be held at St. Joseph Catholic Church in Milford, Iowa, on Saturday November 28, at 10:00 a.m. The funeral will be live streamed on the Church’s website as well. Regretfully, due to the severity of the current pandemic there will not be a visitation with the family until a later date when a Celebration of Life can be safely held. In lieu of flowers, memorials may be given in Kay’s name to be donated to Historic Arnolds Park Inc. Cards and memorials can be sent to Rick Ahrens 37 Newbridge Parkway #401 Asheville, NC 28804

Asheville Mortuarty Services of Asheville, NC is in charge of her arrangements.