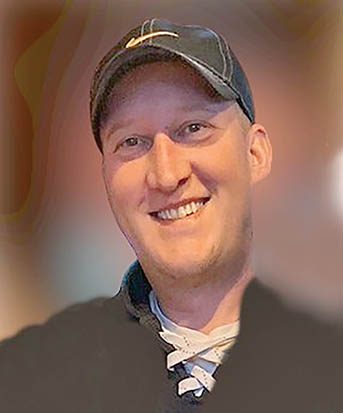 A drive in memorial service for John Rasmussen was held on Tuesday, December 22, 2020, at 1:30PM at First Lutheran Church in Milford. Online condolences may be left for the family at www.henryolsonfuneral.com.

John Elmer Rasmussen was born on March 15, 1977, in Sioux City, Iowa. Two months later, on May 16, 1977, he was eagerly welcomed into the family of Arne and Mary Rasmussen through adoption. His new parents quickly realized they had to learn to share John with many others. It was easy for John to make friends, a process he started as a toddler. He was usually unafraid of most people and could charm others effortlessly, especially adults, with an ability to talk to others clearly and plainly. By the time he was 15 months old he often talked in complete sentences. These early communication skills, however, did not prevent him from being just another kid. Like any other child, he got into trouble often, many times deliberately! He grew to be an ordinary man, with hopes and dreams and roadblocks that many can understand. That is how he would want to be remembered.

He was baptized and confirmed at St. John’s Lutheran Church in Ringsted. He and his family have been members at East Union Lutheran Church of Carver, MN, since 2011. John was comfortable telling others that his days were just better when he took time to pray.

He had such a positive experience attending school in the Armstrong-Ringsted school district and enjoyed football and music activities and made many life-long friends. Living on a farm, he was able to join in 4-H livestock projects, and he enjoyed showing pigs, sheep and beef at the Emmet County Fair, trying to help younger 4-H kids with their projects or showmanship skills. In 1993 the family moved to Dickinson County, and John graduated from the Okoboji High School in 1995. While the transition to a new school was difficult for someone of that age, he did make new friends in that community as well. However, he always considered Ringsted his hometown.

He attended Minnesota West Technical College in Jackson, MN, enrolling in the Telecommunications Program, graduating with honors in 1997. He started working at the ADC Company, which is now KGP Engineering Company, where he was presently employed as an Engineering Project Manager Supervisor. He so enjoyed his job and its challenges, and often talked about the benefits of being a member of a great work team that supported each other.

He was married to Breann Stoltz on September 29, 2007. To this union two daughters were born, Mairyn, age 10 and Cadence, age 7. The marriage ended in divorce but John and Breann were committed to co-parenting their children. John relished being a hands-on Dad and truly his most joyous life moments were spent with his little girls. There were no parenting tasks that he shirked, and having daughters sometimes meant he had to model a wig that had been styled just for him, or perhaps have his nails buffed and painted in a bright pink color. Nowhere did the three of them find more fun than when they were swimming at the water park in New Prague, or simply being outside, playing with the family pets, biking, or engaging in water fights. John and his girls felt this country spot was a little piece of heaven in the best neighborhood ever, Derrynane Township in Le Sueur County, MN. The countryside is truly beautiful, and the neighbors are caring and welcoming. About a mile from the acreage is the St. Thomas Sportsman Park, and the girls believed this was almost like their own private playground.

John took advantage of the chance to go hunting and fishing whenever he could, especially with his Dad and his best buddy Jamie Johnson. He liked to read, watch movies, and stay in touch with friends and loved ones. He was loyal to causes he believed in, and to the many friends who believed in him. He delighted in playing pranks on others, teasing his little sister, and he was always ready to help someone with a chore or project. John possessed a positive attitude and a sweet smile that others found contagious.

John passed away unexpectedly at his home on Wednesday, December 16, 2020, after a brief illness. Grateful to have shared his too-short life are his beloved daughters Mairyn and Cadence and their mother, Breann Stoltz, all of Belle Plaine, MN; his parents, Arne and Mary Rasmussen of Milford, IA; and his cherished and oh-so-supportive sister Brigette Rasmussen of Mankato, MN. He is also survived by numerous uncles, aunts, dozens of cousins, and countless friends of all ages. He will be greatly missed.