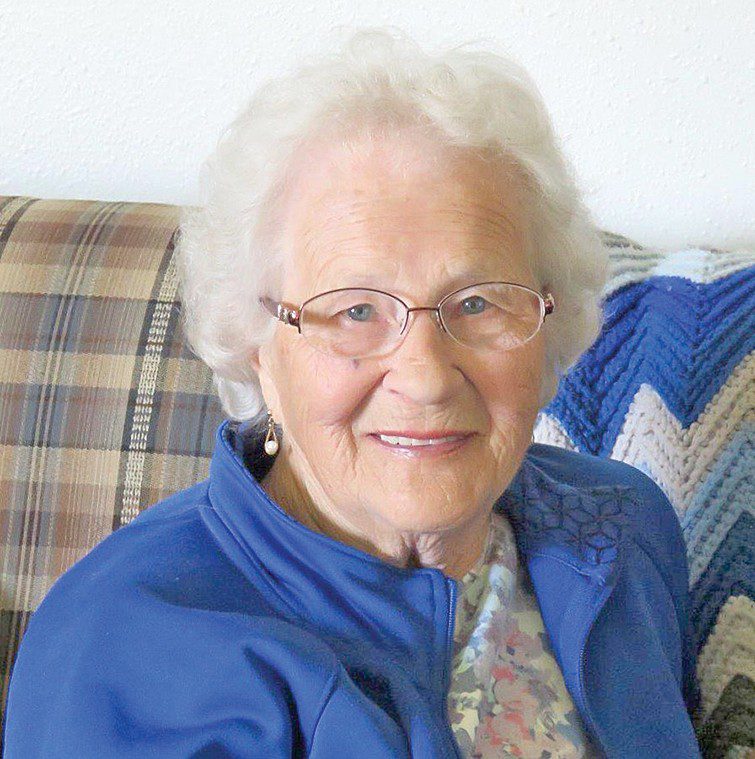 A Mass Of Christian Burial for Joan Langel age 87 of Milford, will be held at 10:30, Thursday, March 5, 2020, at St. Joseph Catholic Church in Milford. Interment will be at Calvary Cemetery in Milford. Visitation will be on Wednesday, March 4, 2020, from 5 – 7pm, at St. Joseph Catholic Church in Milford. There will be a Rosary Service at 6:30pm, with a Parish Scripture Service to follow.
Joan May Langel was born on May 31, 1932, in the home of her parents, Martin and Ella (Sonius) Hoffman, at Fostoria, Iowa, and was welcomed by her siblings Ella (Hoffman) Lair and Andrew Hoffman. At the age of eight, the family moved to a farm near Lake Park. Joan graduated from Excelsior Country School in 1949 where she participated on the 6-on-6 basketball team. She married Earl Langel on June 9, 1954. To this union six children were born — Barbara, Nancy, Alan (d. 2018), Martin (d. 1979), Rodney, and Kelly.

Joan began her adult life working at Farmers Savings Bank in Fostoria, Iowa. She met Earl at a Rural Young Group meeting. While Earl was deployed to Korea, Joan and Earl corresponded with each other. Upon his return, they were married. They enjoyed roller skating at the Majestic Roller Rink in Arnolds Park, dancing, playing cards, and many life-long friendships. It has been said that Joan was the life of the party.

Joan and Earl’s married life began on a farm southeast of Milford where they lived for their entire lives. As a partner in the farming operation, Joan enjoyed field work and raising livestock. She especially enjoyed the new baby animals being born (pigs, lambs, ducks, calves, puppies, and kittens) and taking care of them. Her nurturing and loving spirit carried through to her family and friends. In the later years, Joan worked at Decision Systems and Okoboji Realty. She also volunteered at Thee Garage Sale.

Gardening was a big part of Joan’s life. She canned 500-700 quarts of fruits and vegetables yearly. Jelly from Earl’s grape vines is a family favorite; and her home-made bread was legendary. Her love of flowers is evident on the family farm. She enjoyed playing the piano and having her family sing along.

Family was the most important part of her life. She thoroughly enjoyed spending time with Earl, her children, grandchildren, and extended family. The dining room table was the gathering place for many birthday parties and celebrations. Home-made ice cream and angel food cake were birthday staples. She was the glue that helped hold the family together. Her traditions continue.