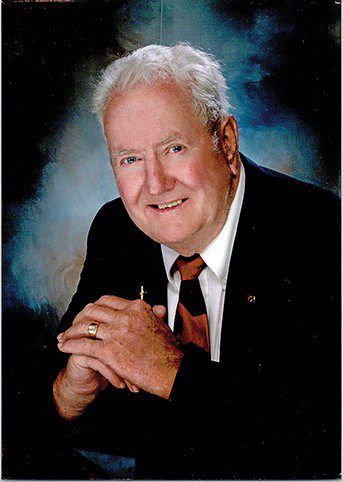 On June 29, 1950, he was united in marriage to Ethel Neppl at St. Patrick’s Catholic Church in Estherville. Over the years, the couple lived in several towns while Jerry served in the Military. Along the way, they adopted their five children. Ethel and Jerry settled in the McLean, Virginia and Washington, D.C. area for several years and had several foster children while living in McLean. The couple retired in Destin, Florida. Ethel passed away in 2019.
Jerome was a member of St. Patrick’s Catholic Church, American Legion, American Military Society, Knights of Columbus, and served as Chair of the Special Olympics.

He was preceded in death by his wife, parents, and siblings, Paul, Andrew, Suzanne, Michael, and Joseph.