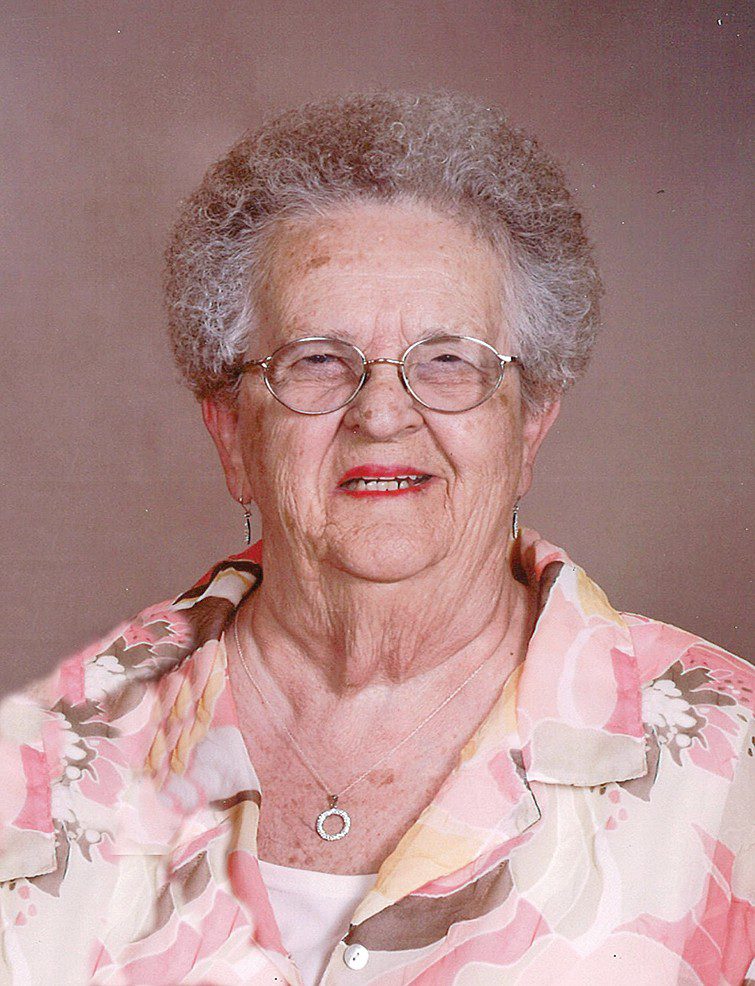 A funeral service for Janice Wilson, age 80, of Milford, was held Monday, March 18, 2019, at First Lutheran Church in West Okoboji. Burial was at Milford Cemetery. Jan passed away March 8, 2019, at St. Mary’s Hospital in Rochester, Minnesota.

Janice Jean Klett Wilson, was born to Charles W. and Mabel E. (Hakeman) Klett on August 14, 1938, in Dickinson County, Iowa, on the family farm. Jan, as everyone called her, attended Country School through the 8th grade and then attended Everly High School, where she graduated in 1956.
While roller skating at Spencer Iowa’s roller rink in 1958, Jan met Loren Wilson. They married on August 10, 1958. After living in Spencer for one and a half years, they moved to Milford. They were blessed with 2 wonderful children, Lorie and Jodie. Jan’s greatest joy was her family. She never missed one activity her children or grandchildren participated in. Whether it was a sporting event, livestock shows, school or church programs. She loved them dearly.

After High School, Jan started working for the Dickinson County Treasurer’s Office. During this time, she also worked alongside Loren with his Conklin and Can Redemption businesses. After 40+ years working at the Treasurer’s Office, Jan retired. She went on to work for Dirk Hansen doing seasonal tax preparation. Jan spent many years working at the County Voting Polls and eventually became the chairperson.

Jan loved being around people and was extremely active in the community. When the family was younger, they would all go horseback riding. They belonged to the Saddle Club and Corral Club. They would even vacation in the Black Hills where they would do a lot of trail riding. After some time, the family got into snowmobiling. They belonged to a snowmobiling club and spent many week nights and weekends with the club going on rides on the local trails. They would often vacation at Redwood Falls, Park Rapids or to Hayward, Wisconsin, with the club and ride the trails. Jan bowled in Women’s Bowling League and a Mixed League with Loren. The family would often go camping and boating in the summer. When Lorie and Jodie got older and graduated, Jan and Loren started golfing. She golfed in Women’s Golfing League and Couples League with Loren. Jan loved playing cards. She could be found playing with her 500 club, Bridge Club, to family card games such as 17 point Schmier, Euchre, Kings in the Corner, Gin and even Solitaire on her tablet. She loved traveling with her friends and relatives to near and far casinos for a bit of gambling. She also loved canning and cooking her specialties, being her party mix, cookies, banana/zucchini bread and her sour cream raisin bars.

Jan is survived by her husband, Loren of Milford; her children, Jodie and Lynn Hennings of Hartley, Lorie Wilson of Milford; grandchildren, Amanda and Matt Altman, Montana Wilson; great-grandchildren Annabelle and Brant Altman; one sister, Cleone Farquhar; in-laws, Mildred Klett,Richard Terpstra, Harlan Gould, Mick and Betty Wilson; as well as other relatives and many friends.

Jan is preceded in death by her parents, five brothers, one sister, one brother-in-law and four sisters-in-law.