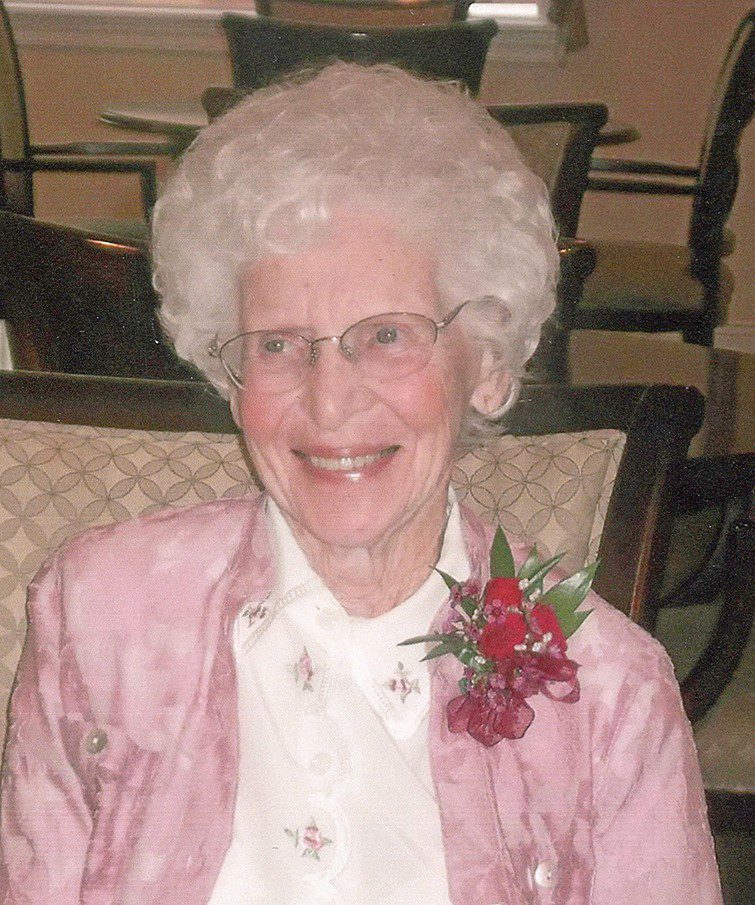 Iola was born July 25, 1922, in Milford, Iowa, the daughter of Harry Robert and Celia Esther (Bovee) Carpenter. She was raised and educated in Milford, where she graduated from Milford High School.

Iola was united in marriage to James “Dale” Jones on October 26, 1944, in New Bern, North Carolina. The couple made their home in rural Milford, where she raised their family and was the “second hand” on the family farm, working very hard at any job that needed to be done.

Upon retiring, Iola and Dale loved to travel. She loved to make ceramic dolls from start to finish, including the outfits she dressed them in. Iola also enjoyed making quilts by hand from start to finish, and gave them to her grandchildren upon graduation. She embroidered tablecloths and napkins for all five of her children. Iola filled her hours at the nursing home coloring and filled many coloring books. She never colored “outside the lines”.

She was preceded in death by her husband, James “Dale” Jones and son, Dennis Dale Jones.