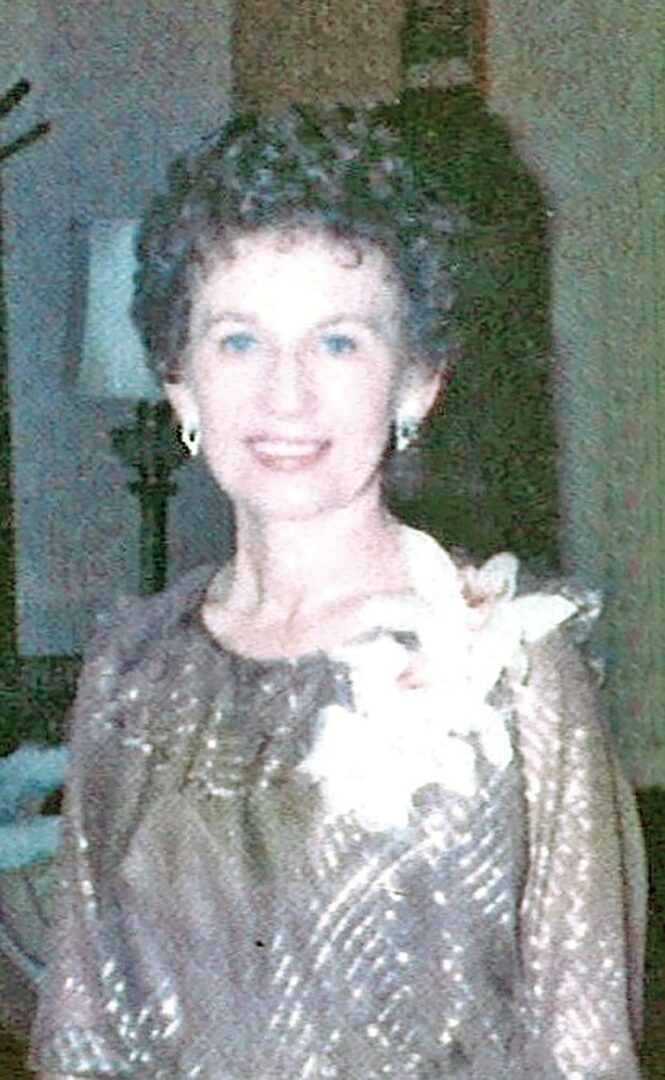 Gloria L. (Hudson) Smith was born on November 27, 1927, in Fairmont, Minnesota, the daughter of Leonard and Hermine Geraldine Elizabeth (Reinen) Hudson. She attended Fairmont High School, residing with her grandparents, Luise (Busch) and Herman Reinen in Fairmont. Following her high school graduation, Gloria worked in an office in Blue Earth, Minnesota.
Gloria met Omer O. Smith at a dance in Minnesota in 1946, and they were united in marriage at the Grace Lutheran Church in Fairmont on April 9, 1947. The couple resided in Milford and West Okoboji, and were active members at First Lutheran Church. They loved living near the lake, dancing, playing bridge and travelling together. They were happily married for 49 years.

Gloria was keenly interested and involved in business. Together the couple owned and operated the Smith Furniture Store for many years where Gloria served as the interior decorator, accountant and sales person. Later they became real estate agents for The Stockdale Agency. After retirement, Gloria remained active in the Milford community, as well as in various church, gardening and bridge groups. Gloria was a member of the Okoboji Yacht Club and a patron of the Pearson Lakes Arts Center.

In lieu of flowers, the family requests donations to either the Music Fund or the Parish Nurse Fund of the First Lutheran Church or a local charity of your choice.

Turner Jenness Funeral Home is in charge of the arrangements. Online condolences may be sent at turnerfuneralhomes.com.