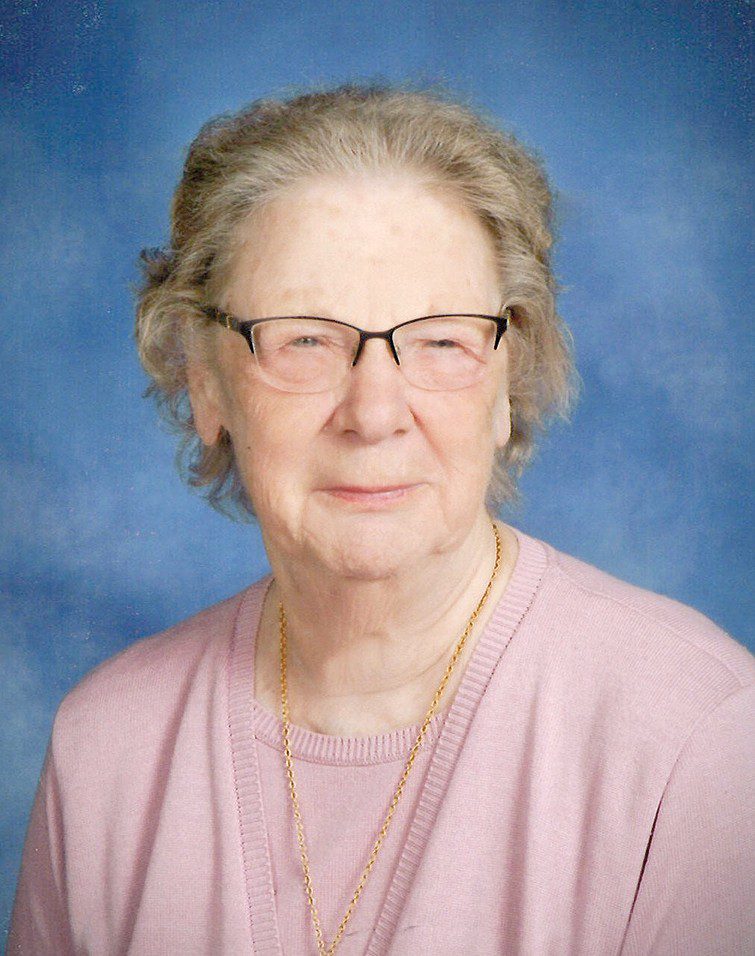 A funeral service for Eunice Finnern of Spirit Lake, was held Thursday, May 21, 2020, at 2:00pm, at Turner Jenness Funeral Home in Spirit Lake. Burial was at Sioux Valley Township Cemetery.

Eunice Maxine Finnern was born December 21, 1929, to Albert and Lillie Finnern. She was welcomed by two older sisters, Arlette and Betty. Later she welcomed a little sister, Janice. She was raised in the Sioux Valley, Minnesota area and was baptized and confirmed at Trinity Lutheran Church in Sioux Valley. She graduated from Lake Park High School in 1947 and worked at several different jobs in the area. She also lived in Worthington, Minnesota for a few years where she worked at Campbell Soup.

In 1958, she moved to Minneapolis and worked in banking for many years. Eunice lived in the heart of downtown Minneapolis where she enjoyed all of the activities and excitement that the city has to offer. Visiting Eunice was always a big treat for all of her small-town sisters, nieces and nephews because she loved to take them out to see the big buildings, busy streets and the lights of the city. Shopping, parades, Minnesota Twins games, fireworks, amusement parks and dining out were some of the favorite activities that Eunice enjoyed with her family. Eunice also loved to travel and had several friends that she enjoyed going on bus trips with. She traveled to many states including Alaska, and even traveled to Germany.

Eunice never forgot a birthday, anniversary, milestone or holiday and sent cards and gifts to each family member or friend. Her famous signature “Love Eunice” will be remembered and cherished! In 2014, she moved back to northwest Iowa to be closer to her family and spent the rest of her life back in the area where she grew up. Her faith has always been very important to Eunice and she lived a life of service and praise to the Lord. Eunice suffered from poor eyesight in her later years and was a proud recipient of two corneal transplants when she was in her 80’s and was so thankful to have her eyesight back. She loved to read and sew and was thrilled to enjoy those activities again.

Eunice entered her heavenly home on May 17, 2020, after a long and hard-fought battle with dementia. Blessed be the memory of our dear Sister, Aunt and Great Aunt!