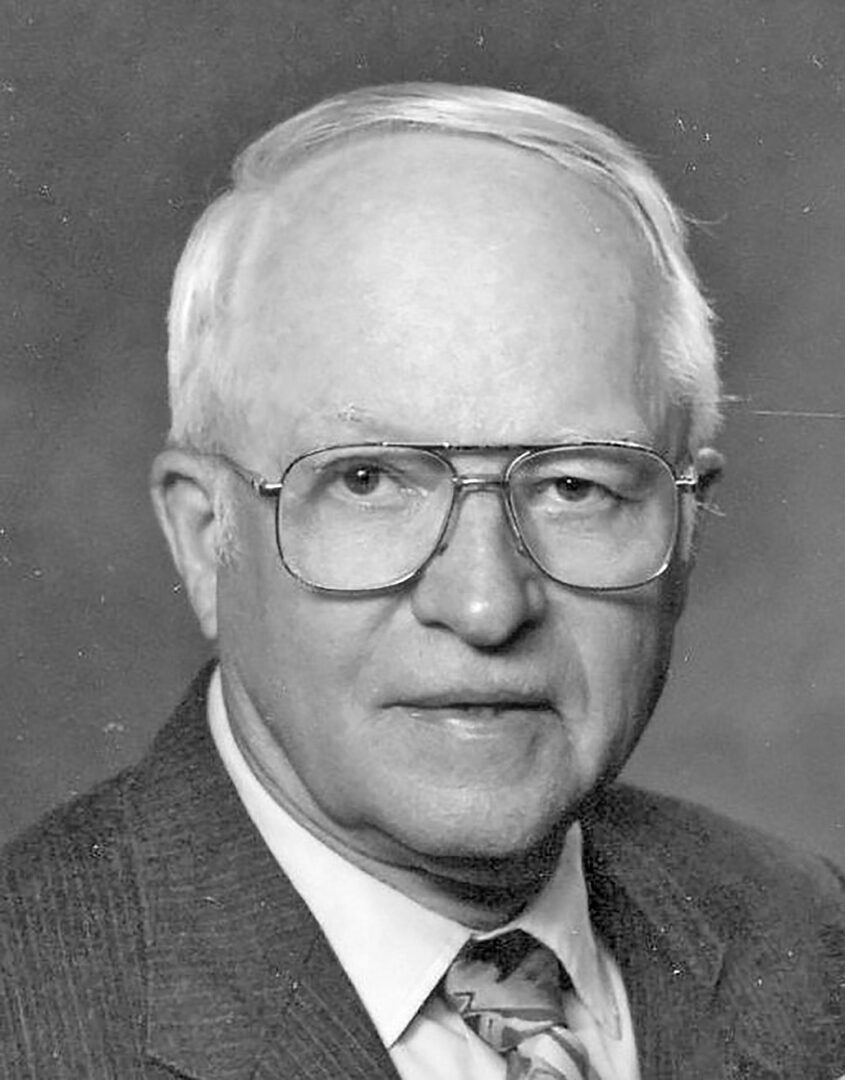 Memorial services will be held at 11:00am, Saturday, February 23, 2019, at Grace Lutheran Church in Spirit Lake. Burial will be held at a later date in the Laurens Cemetery in Laurens, IA. Arrangements are under the direction of the Schuchert-Lentz Funeral Home in Spirit Lake. Online condolences may be sent to www.spiritlakefuneralhome.com.

Dwane was born April 26, 1928, near Moorhead, IA. He was the son of William and Vera Harper Netsch. He lived at Woodbine, Terril and Laurens, graduating from Laurens High School in 1946 and attending AIB in Des Moines. He served his country with the US Army in Korea from 1950 – 1951.
When he returned home, he joined in a partnership with his father in Netsch & Son John Deere in Laurens and farmed with his father until 1957. He married Peggy Anderson on July 27, 1957, in Laurens. They continued to farm near Laurens until 1998. They moved to Spirit Lake in 2005.

He was a member of Grace Lutheran Church in Spirit Lake, American Legion in Laurens and active in Ham Radio and woodworking. His main hobby was fishing, and they spent many winters in Texas.

He is survived by his wife and 3 children, Neal (Debra) of Mound, MN; Kelly (Judy) of Lakeside, IA and Stephanie (Jeff) Morrison of Spirit Lake; 6 grandchildren, 5 great grandchildren, one stepbrother and 2 stepsisters.

He was preceded in death by his parents and step mother.