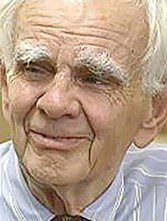 No formal service will be held at this time.

Duane Stanley Hansen, son of Elmore and Clara (Schmidt) Hansen, was born November 9, 1929, in Spencer, Iowa. Duane received his education in Spencer and graduated from Spencer High School in 1947. Throughout his youth, Duane worked at his grandfather’s and father’s clothing store and helped in the dry cleaning business. Following graduation, Duane served in the United States Army during the Korean War. After returning from the service he attended tailoring school before coming back to Spencer where he joined his father at Hansen’s Clothing.

Duane was united in marriage to Laura Bargman on November 24, 1955, and they were blessed with two children, Julie and Jeffrey. Duane and Laura built their home next to Duane’s parents’ home on West Lake Okoboji. They raised their children in this home and Duane continued living there until his death. He loved living on the lake, boating and water skiing with his children and going for evening swims. He was proud to continue this tradition of entertaining his four grandchildren when they came for visits.

After assuming ownership of Hansen’s Clothing, Duane became the third generation owner. He spent countless hours, working, ordering, doing dry cleaning and growing his business. In the late 1990s, when main street businesses were suffering, Duane decided that it was time to try the internet business. He bought some computers and set out to learn an entirely different method of retail. This developed into a huge success for Hansen’s Clothing and it still continues today.

Duane sold his business in 2019, but continued to watch the sales each day from his home. He has touched many lives throughout his years at the store and his involvement in his community.

Duane was elected Mayor of Wahpeton and served in this capacity for many years. It was important for him that the area continued to grow and progress but not to the detriment of those that make the Lakes area their homes.

Duane was an avid tennis player and frequently played at the racquet club. He enjoyed traveling and had visited many places throughout the world. He had the opportunity to go to Wimbledon which was truly a highlight for Duane due to his love of tennis.

Duane passed away Monday, May 31, 2021, at Accura Healthcare Center in Spirit Lake, Iowa, at the age of 91. He was preceded in death by his parents, Elmore and Clara Hansen and his brother, Darrell Hansen.