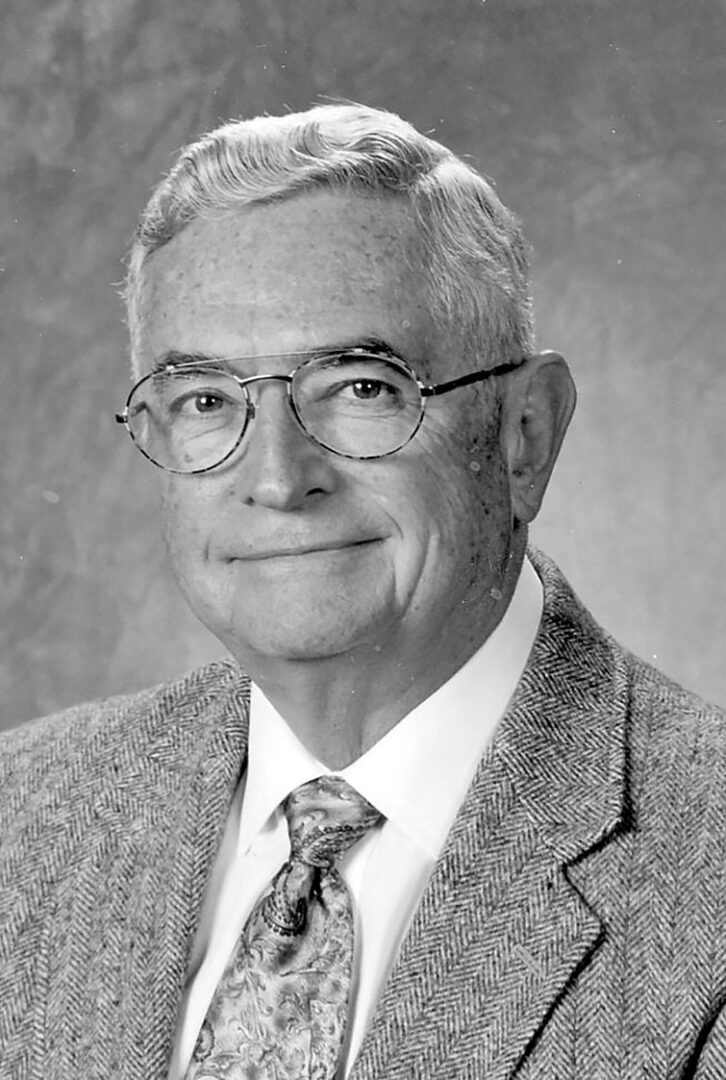 Alfred Libby Klein was born in Highland Park, Illinois, on September 11, 1923. He was the son of Louis John Klein and Ruby Mae (Libby) Klein who made their home in Glencoe, Illinois. As a child Al played in tree houses with the neighborhood children and built rafts to lug down the creek to Lake Michigan. He was a member of St. Elisabeth’s Episcopal Church where he sang in the boys’ choir. When he was in fourth grade, his family moved to Skokie, Illinois, where he later began his first job as a pre-teen playing drums for a dancing school. He later entered Evanston Township High School as a freshman, and, with the death of his father when Al was 15, his mother, his older brother Louis John Klein, Jr. and he moved to Evanston, Illinois.
At Evanston Township, Al played drums in the marching band and formed his first “big band.” He later put himself through college playing for dances along the North Shore in the Chicago area. During those years, he was mentored by high school friend Bill Hobin who later became a well-known Hollywood musician and producer.

Upon high school graduation in 1942, Al joined the U.S. Army Air Corps. He was told a reconnaissance plane was not available at that time for his training and was encouraged to go to college instead. He enrolled at Northwestern University in Evanston in pre-medicine. After a year at Northwestern, he learned that he had developed a heart condition which prevented him from serving in World War II. Al then entered the Illinois College of Optometry in Chicago where he graduated in 1946 as a result of an accelerated wartime program. Later, at the time of the Korean War, he enlisted in the medical corps of the U.S. Naval Reserves, commissioned as a Second Lieutenant. He was called for duty, but the next day he was notified that he did not need to report.

Al headed west after optometry school, searching for a place to set up an optometry practice and sail his boat. When he saw the City of Spirit Lake in 1947 with its surrounding lakes, he decided to open his practice there.

Soon after moving to Spirit Lake, Al met his future wife Sheila Jenson at a Spirit Lake High School football game. Originally from a farm near Newell, Iowa, she was a Spirit Lake fifth grade teacher, having received her teaching certificate from Buena Vista College in Storm Lake, Iowa. They were married in June of 1948 and raised their six children in their home on the outskirts of Spirit Lake on East Lake Okoboji.

Al wholeheartedly accepted his new community. He was a founding member of the Spirit Lake Noon Kiwanis Club in 1947 and served as its third president. Later he was honored to be selected “Citizen of the Years” in 1973-1974 and to receive a 70-year Kiwanis membership pin in 2018. He was also one of the founders of St. Alban’s Episcopal Church in 1950, serving in many leadership roles over the years. While President of the Chamber of Commerce in 1953, he was inspired by having lived near Lake Michigan, one of the original Great Lakes, to name the area lakes the “Iowa Great Lakes.” In 1955 he was elected to the Spirit Lake City Council, but when the family moved outside the city limits onto East Lake in 1956, he could no longer serve on the city council. For a few years, he also served as a Sea Scout leader.

Because of his continuing love for the lakes, Al was a founder of the East Okoboji Lakes Improvement Corporation in 1968. Soon after, he was elected to the Iowa Great Lakes Sanitary District for thirty-one years, serving as chairman of the board of directors for twenty-five years. He was proud of the work both organizations did to promote clean lake water.

Al always said how happy he was to have chosen to become an optometrist. The first optometrist in Dickinson County, he began the pre-school eye check-up program, which became a model for Iowa and other states and later added third, fifth, and seventh grades to follow the students’ progress. The partnership of Drs. Klein, Martin, Boeke, and Rose developed and expanded the optometry practice to offices in Spencer and Estherville, with additional optometrists joining over the years. On the state level, Al was active in the Iowa Optometric Association and served as president, along with being on the Iowa Optometric Board of Examiners for many years. He was also instrumental in the development of the Siouxland (Optical) Lab in Sheldon, Iowa, which made lenses for glasses, serving on its board of directors for many years. In addition, Al influenced many local students to become optometrists. He practiced optometry in Spirit Lake for over fifty years.

Al’s love of music and support of the Spirit Lake schools continued through the years. He played drums in the Spirit Lake City Band and for many community events, facilitated the purchase of new high school band uniforms in the 1960s, helped co-chair successful bond issues for a new elementary and middle school, and was an active band parent. In 1979 his wife Sheila and he were honored as co-chairs of the Spirit Lake Centennial Pageant, and he was later chosen Grand Marshall of the Spirit Lake Homecoming Parade. Al was always supportive of his children’s activities and his family’s community involvement.

Al’s family will fondly remember his drumming to the music with his two rings on the steering wheel as they drove to vacation destinations. A catastrophe or a surprise occurred on nearly every trip – from being in an Old Faithful Lodge cabin during the 1959 earthquake in Yellowstone National Park to being trapped hundreds of feet below ground-level in a gold mine in Colorado during an electrical storm to watching it snow in New Orleans, Louisiana, during Christmas. In retirement, Al and Sheila had the good fortune to travel to many interesting places. They were at the top of Mt. Pilatus in Switzerland when they learned of the 911 catastrophe back home. Al also enjoyed fifty years of duck hunting trips to Canada with several of his close friends.