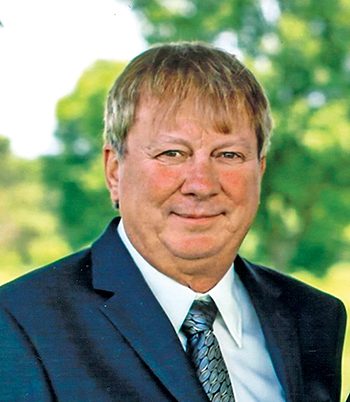 Douglas Mark Gruhlke, the son of Marlin and Lola (Stinar) Gruhlke, was born on May 26, 1954, in Jackson, Minnesota. As a child, Doug was baptized and confirmed at St. Wenceslaus Catholic Church, and attended Jackson County Country School, later graduating from Jackson High School in 1972. Upon graduating, Doug attended the Jackson Vocational and Technical College, graduating with his certificate as an Electrician Lineman. On April 5, 1975, Doug married his best friend and love of his life,Kathleen Vacek,at Good Shepherd Catholic Church in Jackson. After marriage, the couple lived in Jackson, where Doug worked at DeKalb until the plant closure. Doug worked at Berkley’s in Spirit Lake for 22 years until retiring.

Doug grew up at his family‘s cabin on the North Shore of Big Spirit Lake. Doug’s lifelong dream was to own his own lake home. So, when the opportunity happened, they purchased their lake home on the East side of Big Spirit where they lived for 25 years. Doug loved to fish and just enjoy the Lake with Kathy. Then,in 2015,they bought a condo on the golf course in Arnolds Park where they have lived and then in November 2018 Doug became ill prompting his best friend to become his caregiver. Kathy took care of Doug 24/7 for the next 2 1/2 years never leaving his side. Every day for those 2 1/2 years Kathy would take Doug to the Dairy Queen where he would get a Large Strawberry Sundae, his favorite Treat, which they would eat sitting at the Spillway enjoying the beauty of the lake in front of them.

On Sunday morning, May 2, 2021, at the age of 66 years, 11 months and 24 days, Doug passed away peacefully at the Avera McKennan hospital in Sioux Falls with his Wife and Best Friend by his side holding his hand.

Doug was an avid bowler,joining a league with his wife in 1975,and continued to bowl consistently until he got sick. During his many years of bowling, Doug and Kathy attended many tournaments even going to Las Vegas on several occasions. The last time they attended the tournament in Vegas, Doug’s team placed 3rd, which is no small feat. Doug loved his Minnesota sports teams, especially the Vikings. No matter how difficult they made it to be a fan. He especially looked forward to Sundays in the fall, where he would spend the day with his best friend watching his favorite team. He even has a room dedicated to Viking’s memorabilia in their home. Doug and Kathy loved to travel. Going on Cruises and several vacations to Cabo San Lucas. Doug also enjoyed going to the YMCA where he would walk the treadmill and ride the exercise bike. Doug and Kathy always had cats. His latest fur baby companion is BoJangles, who will miss him dearly along with the rest of his Family and Friends.

Doug is survived by his Wife and Best Friend of 46 years, Kathy. Also surviving are his mother, Lola Gruhlke of Jackson; his sister Nancy (David) Randall of Chippewa Falls, Wisconsin; his two nieces, Alexandra Randall, and Megan (Mike) Lesinski and his grand-niece ElliAnna, as well as his mother-in-law Emmy Simmering and father-in-law Larry Vacek.

Doug was preceded in death by his father Marlin, his maternal and paternal grandparents, his Uncle Don, as well as his brother-in-law Mark Vacek.

Blessed be the memory of Douglas Mark Gruhlke.