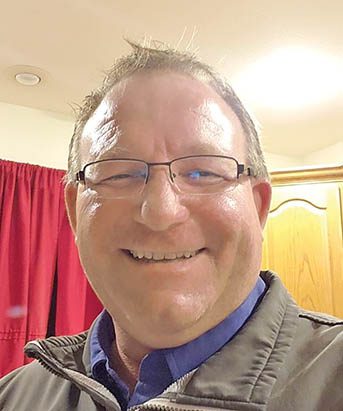 Douglas Wayne Krogman was born August 27, 1970, in Sibley, Iowa, to Wayne and Arlene (Roetman) Krogman. He attended Spirit Lake High School where he was a tutor for lower grade students and voted ‘Best Athlete’. Doug was involved in football, track, wrestling, and baseball. He went to state for wrestling, broke track records in relays and sprinting and was a left-handed pitcher, but batted right, in baseball. After high school graduation, he attended the University of South Dakota, to play football, in Vermillion where he was a member of the fraternity, Lambda Chi Alpha AG-1459. Doug married Christy Heidenwith on September 23, 1995, and from this union, Kyler and Madison were born. On May 18, 2002, Doug married Chandra Hendrickson and this union brought Chelsie and Dustin. Their family of six grew to seven with the birth of Meagan.

Once you met him, you were friends. Doug wanted everyone to know how important they were to him and never deliberately left anyone out. He was always there to lend a helpful hand in any way he could. Doug enjoyed both bow and shotgun hunting as well as watching his team, the Dallas Cowboys. He was a part of a Fantasy Football league that his son, Kyler, helped him set up and to his delight won his division with a cash payout. Doug was blessed with many things, but his most celebrated treasures were his late wife, Chandra and their children and grandchildren.
Doug is survived by his children, Kyler Krogman, Madison Krogman, Meagan Krogman, Chelsie Bork and Dustin Bork; mother, Arlene Krogman; siblings, Amy (Jeff Glienke) Jacobsma, Kelly (Jennifer) Krogman and Lisa (James) Huffman; grandchildren, Aubriella, Zaniya, new baby Allen in April 2021, Carver and new baby Fraser in July 2021; nieces and nephews, Riley and Emma Jacobsma, Jesse, Justin and Jase Willems, Kailey Krogman and Kylo Huffman.