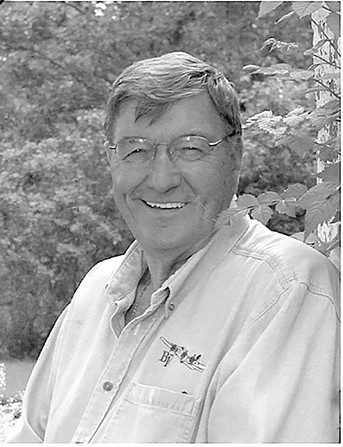 The family of Donald Carl Schroeder invite family and friends to a celebration of life on July 10, 2021. It will be held at Eastside Cemetery located on N. 13th Street in Estherville, Iowa at 4:00. If unable to attend, condolences may be sent to Judy Schroeder at 12035 North 74th Place, Scottsdale, AZ 85260-5413.

Donald C. Schroeder of Scottsdale, Arizona, formally of Okoboji, was born July 9, 1937, to Harry and Annie (Isebrand/ Swalve) Schroeder at Hayfield, Iowa. He attended school at Terril, Ruthven, Armstrong and Dolliver. He left high school to join the U.S. Air Force, serving for four years. He then settled in Spokane, Washington, and was married to Marilyn Jones on April 11, 1958. To this union was born a son, Scott Alan. On May 7, 1966, he was united in marriage to Judith Dick and was proud to become the father of two sons, Eric and Jason.

In 1973, the family moved to Okoboji, Iowa, and purchased Wilson Boat Works. During the next ten years the family made many improvements and introduced Okoboji boaters to the California Burgers at their Boat Inn Dock, keeping their  sons busy serving burgers to boaters. Don was also one of the instigators in starting the Wooden Boat Show, now an annual event at Okoboji.

In 1983, after selling the Wilson Boat Works they moved to Scottsdale, Arizona, and started a cleaning business of newly constructed business and homes. After a  few years and establishing a successful business, it was sold. The family then  started Schroeder Custom Coating, a business of coating floors of businesses,  homes and outdoor areas. Don and family continued the business until the time of his death after months of Illness. Their son, Eric, is now in charge of the business.

He was preceded in death by his parents, his first wife, Marilyn, his son Scott, three sisters in laws, Dorothy, Joanne and Darlene, a nephew Todd and two infant nieces.

Left to cherish his memories: His wife Judy, two sons, Eric (Jillian) of Phoenix, AZ and Jason (Martha) of Portland, OR, his granddaughter Josephine.