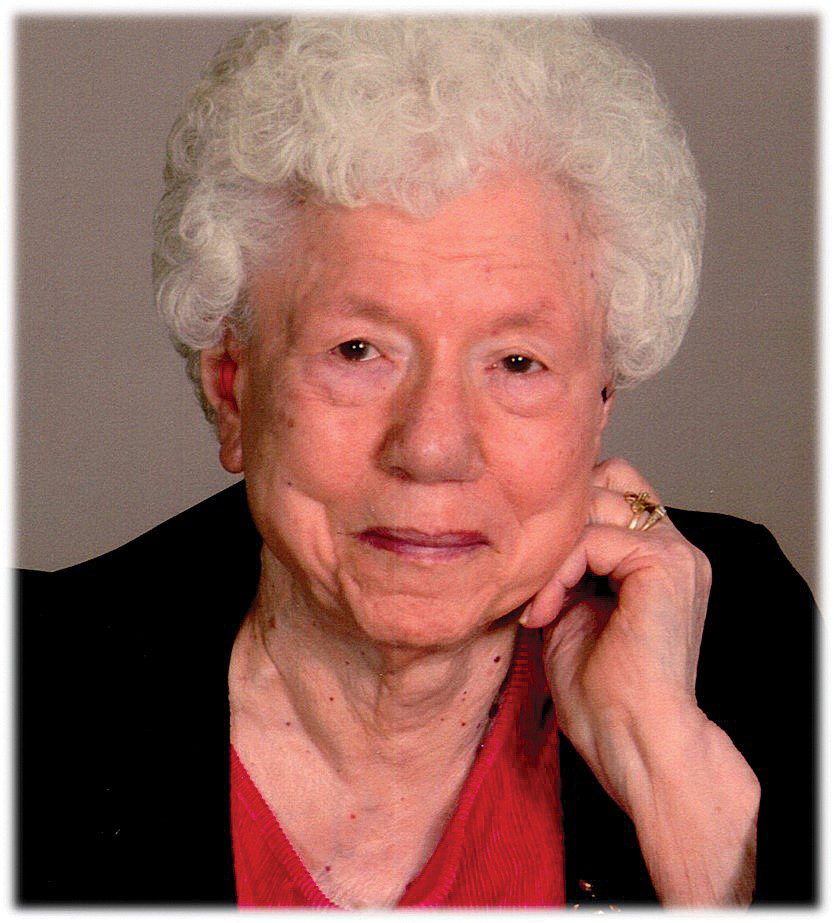 DeEtte Dell Wunder Graettinger was born on a farm near Harris, Iowa to Hans and Myrtle Wunder on April 18, 1923. Their family was complete with the addition of Doris(1925) and Denton(1932). In her youth, DeEtte loved to bring the cattle in from the pasture and to tag along with her dad when he did the chores. She found delight in fishing for bullheads and chasing frogs on the riverbed! Treasured hours were spent with her dear Grandma Chaffin.

The Wunder family relocated in the Lake Park and Milford area three times while DeEtte was young. She attended the original Okoboji Consolidated School all 12 years and there were 12 in her graduating class in 1940, of which she was the valedictorian. To quote her: “I was never happier than when I was in school.” She continued her formal education at the (then) Iowa State Teacher’s College and earned a teaching certificate in 1942.

DeEtte began her teaching career in Dolliver, Iowa, followed by two years in Terril, Iowa. It was during these early days, doing work that she loved, that she agreed to go on a blind-date with Edwin Graettinger. Their first “official” date was to the Graettinger Labor Day Celebration in 1942! (And she was present for the next 77 consecutive celebrations!) The romance that had begun, continued to bloom throughout the days Ed served in the US Army during WWII.

Affectionate letters were written each and every day. After his return to Iowa, they were married at St. Joseph Church in Milford on August 7th, 1946. They moved to their farm west of Graettinger in January of 1947.

DeEtte’s life was that of a busy farm wife and mother for the next sixteen years. She and Ed welcomed the arrival of six children: William (1948), Wynette (1950), Timothy (1954), Marlys (1956), Irene (1957), and Julia (1966). She was a helpmate for her husband on their farm. Flowers were her favorite hobby and her flower beds were glorious and weed-free! There was a time when she had 10,000 gladiolas (10 rows of 1000) in her large garden! She was a proud member of the Lost Island Garden Club. She and Ed and their family were faithful members of Immaculate Conception Parish in Graettinger and each week DeEtte arranged exquisite arrangements for the church altars for a number of years. She was a charter member of Court Mary Immaculate #1710 Catholic Daughters. (1950-2020) She and Ed made the trip of a lifetime to Europe during the 1970’s!

The Graettinger Community School administrators asked DeEtte to return to the classroom during the 1963-1964 school year. She was a first-grade teacher there for the next 25 years. Her love for her students, devotion to them, and commitment to their learning were the hallmarks of her work as an educator. She WAS a teacher and LOVED being one! She took night classes and went to summer school so she could ultimately earn a BA in Education from (then) Mankato State College.  DeEtte continued to hear from some of her Dolliver, Terril, and Graettinger “students” throughout the remainder of her life-which meant so much to her…

DeEtte retired in May of 1988 and her darling Ed died just a few weeks later. (They had just celebrated their 42nd wedding anniversary.) She continued to treasure time with her family. She attended the Saturday evening Mass at Immaculate Conception Parish and initiated an after-mass, weekly gathering for supper at the Hillcrest.

She was ALWAYS ready to attend and a front-row-fan of any musical venues in which her grandsons were involved. (Including a bus trip to Washington D.C. to hear the State Fair Singers and Jazz Band in 1995.) She delighted in a Caribbean cruise that included daily concerts featuring Simon Estes. She and Ed had savored weekly outings to the Okoboji Summer Theatre and she continued the tradition with other friends until she was unable to do so. DeEtte proudly and diligently helped coordinate the Graettinger All-School Reunion in 1993. She looked forward to the annual Wunder-Wiese reunion to have a chance to see members of her extended family.

DeEtte’s stubborn and independent spirit enabled her to remain on her farm and eventually she had the company and assistance of Julia and/or Marlys. Health issues resulted in her being a resident of the Milford Care Center from July 11, 2019 until June 22, 2020. She returned to her farm for the summer and died there Sunday, September 13, 2020…

Blessed be her memory! Alleluia!Online condolences may be left for the family at HenryOlsonFuneral.com