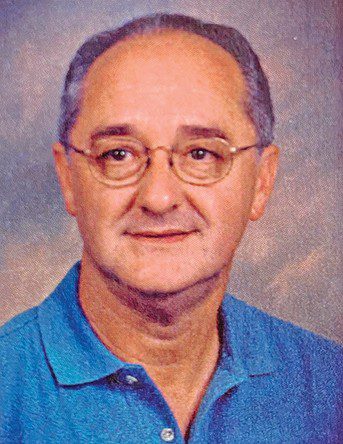 Memorial services for Señor Cliff Hinderman, age 80 of Spirit Lake, were held on Tuesday, June 22, 2021, at the Sami Center in Spirit Lake.

Cliff Hinderman was born to Ervin and Mabel Hinderman in New Ulm, Minnesota, on July 26, 1940. He has two brothers, Gary and Douglas, who both reside in Sleepy Eye. Cliff’s education began in a one-room country school. He completed his first six years there before transferring to a Lutheran school where he completed his junior high years. He then attended four years of high school in Sleepy Eye, graduating in 1958.

Mr. Hinderman received his B.S. degree from Mankato State (now Minnesota State University) in 1962. He then continued his graduate studies at Purdue University in 1965, the University of Guadalajara, and the Institute of Technologico in Monterrey, Mexico during the summers of 1966, 1967, 1968, and 1970.

In 1962, Cliff accepted an offer from Spirit Lake Schools to begin the Spanish language program. He was committed to serving and reaching as many students as possible. Known to his students and the community as “Señor”, his efforts to nurture students’ understanding and appreciation for different cultures extended far beyond the classroom.

Señor Hinderman received numerous awards for his devotion to his program and unquestionable impact on his students. In 1978, he was first runner-up for Iowa Teacher of the Year. In 1983, the Iowa-Nebraska district of Kiwanis named Señor Hinderman the recipient of the Outstanding Teacher Award. In 1985, he won the International Youth Award for the state of Iowa for his dedication to promoting greater international understanding. In 1990, he was nominated for Foreign Language Teacher of the Year in Iowa. Also, in 1990, Kiwanis named him Citizen of the Year.

Señor retired from teaching in 1997 but continued making an impact. Since his retirement, he was involved in Street Children Grassroots until his passing. Señor also recruited many sponsor families from Spirit Lake to participate in the humanitarian project. He was welcomed into the Spirit Lake Education Hall of Achievement in 2006.

Those left to cherish his memory include his brothers, Gary (Janet) Hinderman and Douglas (Mavis) Hinderman of Sleepy Eye, Minnesota, as well as nieces, nephews, extended family, and many friends.

Señor Cliff was preceded in death by his parents, Ervin and Mabel Hinderman.