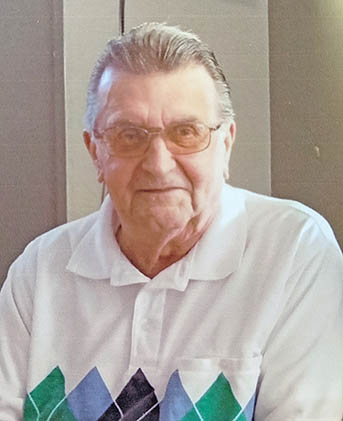 A funeral service for Cameron Welch, age 83, of Spirit Lake, was held Saturday, January 16, 2021, at Turner Jenness Funeral Home in Milford. Burial was at Okoboji Cemetery.

Cameron Arthur Welch, the son of Arthur and Evelyn (Wolf) Welch, was born July 16, 1937, in Okoboji, Iowa. After graduating from Arnolds Park High School in 1956, he enlisted in the United States Navy. He attended boot camp at Great Lakes, Minnesota, and boarded his first ship,the U.S.S. Carpenter, at the Norfolk Virginia Naval Base, working in communications. Cameron had a 20 year career with the Navy being stationed in Hawaii, Iceland and toured Vietnam, England, Germany and Italy.

After Cameron was honorably discharged in 1976, he began working for Wilson Boat Works on West Lake Okoboji. He enjoyed bowling and participated in several tournaments in Minnesota.

Cameron passed away January 11, 2021, at Lakes Regional Healthcare in Spirit Lake at eighty-three years of age.

He was preceded in death by his parents, Arthur and Evelyn Welch and brother-in-law, Elmer Halbur.