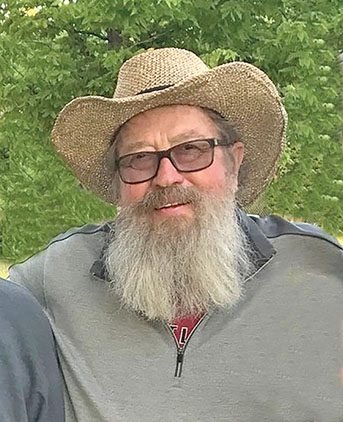 Burthel ‘Keith’ Dannatt was born on October 12, 1946, in Dickinson County, Iowa, to Burthel ‘Ernest’ Dannatt and Greta Knudtson Dannatt. He was proud to say he was born and raised in Milford, Iowa.

In 1967, he married Janice Feldhacker and two daughters were born to this union – neither was named Burthel. In 1984 he married Mary Haugse. Although they had no children, they welcomed seven grandchildren, who were the light of his life.

Keith was a jack of all trades. He began his working career as a farmer, he did carpentry work and roofing, he drove a semi for Dyno Oil, he worked maintenance at both Village West and Village East, and he retired from the Dickinson County Conservation Commission working at the Horseshoe Bend Recreation Area across the road from where he was raised. Wanting to spend more time with his grandchildren, he retired the month he turned 62. He (with help from his grandchildren) ran the concession stand at the tube hill selling hot dogs and marshmallows to roast over the fire in the warming house. He attended as many of their school functions and sporting events as he could. Annually Keith would host his grandchildren at his timeshare at Sunrise Cove where they would play outdoor games, cards, blackjack, watch fireworks, have a corn on the cob eating contest and numerous other activities. It was the highlight of his summer.

Starting in the early 1980s, Keith welcomed many ghosts and goblins annually at Halloween – first in his living room and, as it grew, it was moved into his garage. He lived across the street from the elementary school and was known to the kids as the ‘Toy House’. Keith also played Santa for many years helping the Campus Women’s Club with their annual ‘Santa tree’, the Okoboji Elementary school, local nursing homes, numerous individual families and private parties. Keith enjoyed making people smile and his stories, sense of humor and laugh will always be remembered.

In October of 2014, Keith was diagnosed with multiple myeloma, a cancer with no known cure. He bravely fought it for over six years until it took over his body and his life. Keith passed away on Wednesday, April 14, 2021, surrounded by his family at his home in Milford. He was preceded in death by his parents.

A visitation for Keith will be held Friday, April 23, 2021, from 4:00-7:00 pm at Turner Jenness Funeral Home in Milford. A Celebration of Life Service will be on Saturday, April 24th at 2:00pm on the summer side of Horseshoe Bend Park, west of Milford. Chairs will be provided or you are welcome to bring your own chair and sit where you are comfortable. Following the service, there will be a time of fellowship at the park’s shelter house. A private family burial will be at Little Sioux Cemetery. In lieu of flowers, the family would like to use memorials to place a bench in memory of Keith.