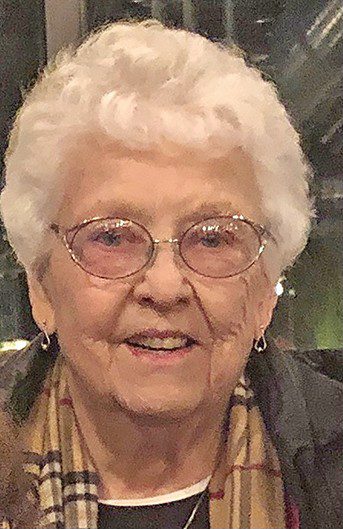 Bette Jo Miller was born December 3, 1925, to Carl and Leona Behrendsen at Gilmore City, Iowa. She graduated from Ruthven High School in 1944. After high school she moved to Los Angeles, CA working at Douglas Aircraft. She returned to Ruthven after World War II. She married Orland Miller on September 30, 1946 at Sacred Heart Catholic Church. They were the parents of three children, Mary Jo Daniels, Barbara McBreen and Michael Miller. She was a member of St. Mary’s Catholic Church for 70 plus years and a member of the Catholic Daughters for 50 plus years. She worked at Spirit Lake Savings and Loan, now Northwest Bank. She retired in 1987. She worked at Tri State and the Cob Web after retiring.