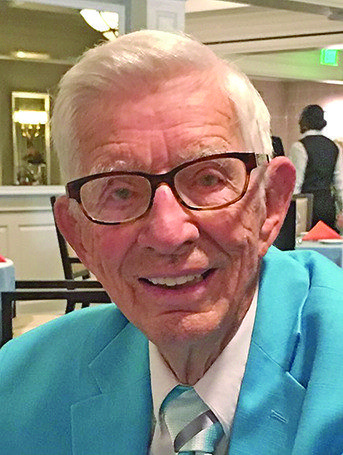 On December 7, 2019, Berkley Bedell, age 98, passed away in Naples, Florida. He was surrounded by his three children, Ken and Tom Bedell and Jo Quinn. Visitation and memorial arrangements had been planned for July 24 and 25 in Spirit Lake, Iowa, his lifelong home. Due to health concerns with gatherings, the memorial has been canceled.

A website has been created, www.berkleybedell.com for family and friends to share their stories, photos and videos of the special times each of us spent with Berkley/Dad. Please share a posting in memory of Berkley.  Instructions are included on the site.  We look forward to hearing from you.