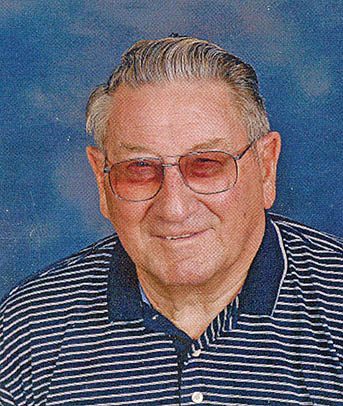 A mass of Christian burial was held on Saturday, January 16, at St. Mary’s Catholic Church, in Spirit Lake, followed by military funeral honors conducted by the American Legion Timpe Post #23 and the John W. Kidd VFW Post #4514. A visitation was held on Friday at the church. Burial took place in the Calvary Cemetery in Milford. Arrangements were under the direction of the Schuchert-Lentz Funeral Home in Spirit Lake. Online condolences may be left at www.spiritlakefuneralhome.com.
Art was born on June 26, 1931, to Joseph and Margaretha (Schrader) Berg in Milford. He graduated from Milford High School and entered the US Air Force. He served his country for 4 years during the Korean War. After his honorable discharge from the Air Force, he came back to the area to attend college. He earned his bachelor’s degree from Wayne State University and went on to earn his master’s degree in Greeley, Colorado. After graduation, he became a high school History and Government teacher. He also was a Drivers Ed instructor for many years. He taught in California, Schaller, Iowa, and finished his career teaching in Spirit Lake. On nights and weekends, he enjoyed running a side business of Interior Decorating. He continued to do his work as an interior decorator until the age of 85.

In his free time, he enjoyed fishing, hunting, and spending time with his extended family at holiday gatherings.

He is survived by his brother James Berg of Indiana; sisters Cecilia Jansen of Emmetsburg, IA; and Katheryn Putensen of Dubuque, IA; and many nieces and nephews.